The British singer flaunts her body in a black bikini as she dances to Bey's new single during her holiday in St. Barts with friend Elizabeth Hilfiger and her designer father Tommy Hilfiger.

AceShowbiz - Rita Ora is clearly a huge fan of the music video of Beyonce Knowles' "7/11". The British beauty recently recreated the dance-filled video during her holiday vacation in St. Barts and later shared her version via YouTube on Monday, January 5.

Filmed on an iPhone, the one-and-a-half-minute remake starts with Ora getting off a private jet before hitting a private yacht. Donning a black bikini, she's then seen dancing to Bey's track with friend Elizabeth Hilfiger and her fashion designer father Tommy Hilfiger, having a pillow fight and preparing herself for a New Year party.

"7/11" serves as the lead single from the re-release of Beyonce's 2013 self-titled album. "Beyonce (The Platinum Edition)" arrived back in November and peaked at No. 8 on Billboard 200.

Ora is now gearing up to join the new season of "The Voice UK" as a coach. The "Fifty Shades of Grey" actress is also working on a new album that she plans to release later this year. "The single comes out in March and the album comes just before summertime," she told U.K.'s The Version. "I wanted to take my time with this album and have new music out there at the same time as 'The Voice'."

Cameron Diaz and Benji Madden Reportedly Getting Married on Monday 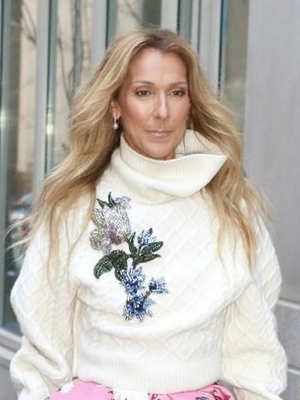