Wearing a long black wig and a white jumpsuit, RiRi was filmed being surrounded by a number of fans against the backdrop of the Eiffel Tower.

AceShowbiz - Rihanna has started shooting a new music video for a new song from her highly-anticipated new album. The Bajan singer was spotted on Thursday evening, December 18 filming something that's reportedly related to "R8" near the Eiffel Tower in Paris, France.

During the shoot, RiRi wore a long black wig and a white jumpsuit. In several pictures and videos taken on the set, she's seen being filmed running toward a huge mob of screaming fans. She waved her hands as she got carried on her bodyguard's shoulders.

The "Diamonds" singer also Instagrammed a picture from the set and hinted that the filming was indeed for her new album. "Ran off set of an editorial shoot, straight into the arms of my fans... thank you french navy #r8," she wrote alongside an image of her being surrounded by numerous fans.

"R8", a reference to Rihanna's eighth studio album, is currently still in the works. The follow-up to 2012's chart-topper "Unapologetic" still has no official title or release date, but it's expected to arrive sometime next year. 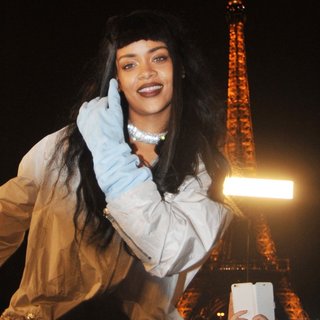 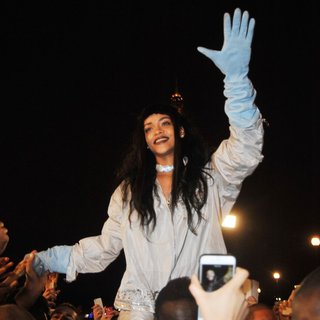 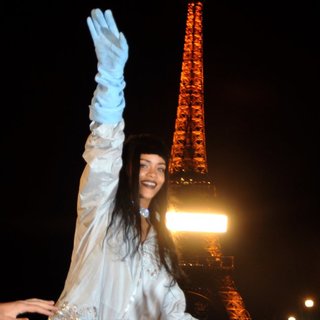 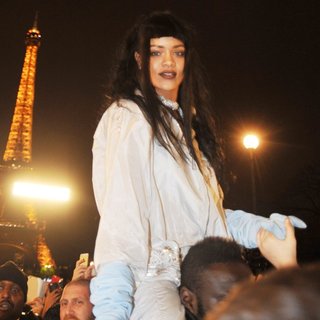 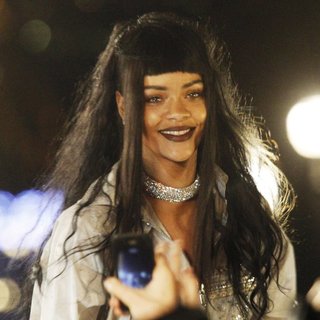 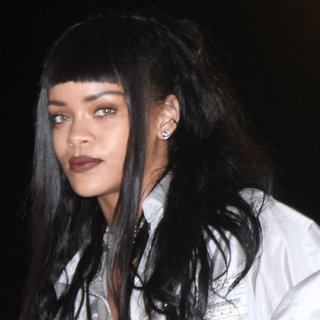 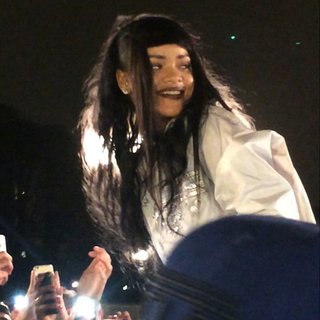 'Game of Thrones' Unleashes Another Mysterious Teaser for Season 5