When David Owen moves to New York, he likes everything about the city except the noise. Indeed, at first, even noise seems to him the throb of urban vitality which makes New York so exciting. Yet gradually this incessant and "unnecessary" din begins to drive him crazy. It is not only the recurring intrusions into his thoughts, the distraction from the task at hand, though these are badn enough; worse is the daily recognition thehe can do nothing about it. It comes to seem that the message behind noise, indeed perhaps its chief purpose, is to remind him the he is powerless. And he finds this is intolerable.

So David behings to take arms. He quietly vandalizes cars whose alarms are going off: lets the air out of a tire, leaves a note on the windshield. This, naturally, has no effect, so he goes further: "keys" the paint job, cracks a taillight... Eventually he is caught in the act, arrested, spends a night in jail. His wife, shocked to learn what he has been doing, worries the this is irrational behavoir. David understands her concern, perhaps even shares it, and promisese to stop. But he can't; the noise is "wrong", and it seems that he alone is willing to face this and do something about it. He is arrested again, and then again, finally spending a month in Ricker's Island. 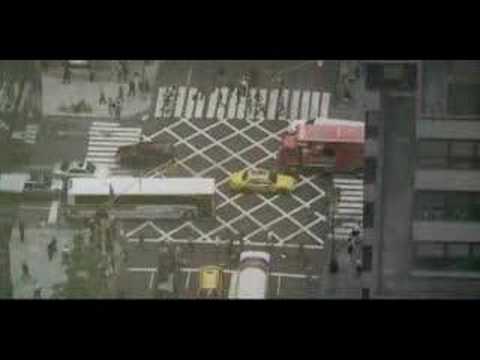