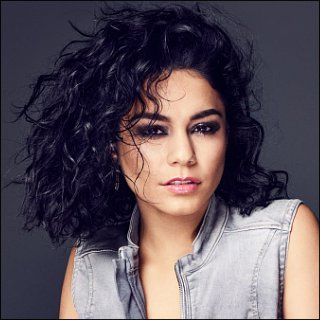 A multi-talented artist of Irish, Native American, Filipino, Chinese, and Spanish extraction, %cVanessa Hudgens% was born as the oldest daughter of Greg Hudgens and Gina Guangco on December 14, 1988 in Salinas, California. She has a younger sister named Stella who grew up with her in San Diego. Vanessa enrolled in Orange County High School of the Arts before opting a home-school system as soon as she completed the seventh grade. Inheriting a deep fondness for both music and acting from her artistic grandparents, she has developed her knack in those two fields since an early age which then led her to various stage performances in musical theater as a singer starting at the age of eight. With the rich experience, it was not really surprising to later see the girl successfully passed an audition for a commercial that inevitably brought her to the next phase of her life.

Finally moving to Los Angeles with her family, Vanessa wonderfully did not find any difficulties to land more deals for other commercials afterwards, even quickly made her way to shift into show business through an appearance in CBS' sitcom "Still Standing" in 2002. Within one year, she had already encountered her film debut in "Thirteen" (2003), following it with a series of acting stints either for small or big screen such as culminating in Disney Channel's original movie "High School Musical." Premiered in January 2006, the TV movie turned out to be a big success, propelling its teen cast into instant stardom. As successful as the movie itself, the soundtrack album was also a best-seller in the States after ruling at #1 on Billboard Hot 200 for two straight weeks.

The superb outcome of "High School Musical" soundtrack subsequently gave a big effect to Vanessa, who had contributed her voice for several tracks in the CD, particularly in smash hit single "Breaking Free." Not only receiving a great portion of attention from music listeners, she also delightfully found herself signing a recording contract with Hollywood Records, a label owned by Disney, shortly thereafter. The lavish deal was then materialized in debut album "V" which came out on September 26, 2006 in U.S. It did well enough, reaching the 24th rank on the Billboard 200 chart in its first week while spawning two hits songs namely "Come Back to Me" and "When There Was Me and You." She consequently became a teen idol, receiving a nod for Choice Breakout Singer Female at the 2007 Teen Choice Awards.

On September 6, 2007 controversy arose when several nude photos of Vanessa surfaced on-line, much to the shock of the actress herself and her fans. While speculation was mounting on whether the girl in the pictures was her, a statement released by her publicist confirmed that the photos were indeed genuine, adding that they were taken privately. In a quick public apology released through her representative, the so-called baby V said "I want to apologize to my fans, whose support and trust mean the world to me. I am embarrassed over this situation and regret having ever taken these photos. I am thankful for the support of my family and friends."

Soon after the controversy died down, her career and personal life took over. In October 2007, during an interview with Teen Magazine, she confirmed her romantic relationship with HSM co-star %cZac Efron% who was also an equally popular star among tweens. In January 2008 it was announced that she will star in big screen comedy "Rock On" (2009) alongside "Friends" star %cLisa Kudrow% and that her new album was in line. The sophomore set was titled "Identified" and was outed on July 1, 2008 with "Sneakernight" as the first single. Meanwhile, she kept her schedule packed with her reprising act as Gabriella Montez in the "High School Musical 3: Senior Year" which due to its popularity was brought to the big screen. The film is slated to hit the cinema on October 28, 2008.