A true genius in comedic field who is also capable to deliver stunning dramatic performances to brilliantly draw many laudations plus accolades throughout his burgeoning career, Robin McLaurin Williams sure is another extraordinary actor to find in Hollywood. Hailed from a well-to-do family, Robin was born the only child of a former model of French descent named Laura McLaurin and Robert Fitzgerald Williams, a Ford Motor Company senior executive, on July 21, 1951 in Chicago, Illinois. Most of his early life was spent in different places due to his father's occupation before the family eventually settled in Marin County, California where he entered Larkspur's Redwood High School to then have his graduation in 1969. Up to this point, he had already been noticed among his milieu for his knack in entertaining people, a natural talent he initially developed either as a solace to overcome his loneliness at home or a proper defense mechanism during his childhood when he was teased by his peers at school.

Thus gave up to the urge within him to perform while studying political science at Claremont Men's College, Robin boldly concluded to leave the institution and enrolled in the College of Marin in Kentfield to learn more about acting. His decision fortunately turned out to be the right one as he later was delightfully granted a scholarship to the famed Juilliard School in New York City for the full three years under the tutelage of substantial actor John Houseman. During this period, the guy also took time to hone his skills in public places, performing mime on the streets besides practicing stand-up comedy whenever he had chance to do it. All really provided him experience needed to land part in the revival of NBC's comedy show, "Laugh-In", by 1977 and ABC's "Happy Days" one year later. Played an alien named Mork in the latter program, the response surprisingly was so great that its creator, Garry Marshall, eagerly made a spin-off titled "Mork & Mindy" aired through ABC in the same year.

As expected, the series instantly soared to become TV audience's favorite until its end in 1982, even led Robin to nab an Emmy nomination in the category of Outstanding Lead Actor in a Comedy Series while won a Golden Globe Award for that of Best TV Actor - Musical/Comedy by 1979. Unmistakably gained vast public notice in consequence, the attainment sure brought him to Hollywood's attention and within a short time, the funnyman subsequently found himself landing his first film role in "Popeye" (1980) followed by another in "The World According to Garp" (1982). Afterwards seen more on big screen feature for the next few years, it was not until he joined the cast of "Good Morning, Vietnam" (1987) that the actor ultimately could embrace widespread prominence he deserved of. Not only the movie scored huge success both critically and commercially, it also garnered him best leading actor nomination at the Golden Globe Awards and Academy Awards both in 1988 and at BAFTA Awards by 1989.

Bestowed the title at the former event, Robin amazingly repeated the same achievement in 1990 through his brilliant portrayal of unorthodox prep school instructor John Keating in Peter Weir's box-office hit of "Dead Poets Society" (1989) though he sadly had to walk home empty-handed in the end. Nevertheless, the '90s later appeared to be a golden age for him indeed as he continuously struck high along the way, acquiring 3 more Golden Globe Awards consecutively in 1992-1994, including that of Special Award in 1993 for his vocal work in Disney's "Aladdin" (1992) that was instrumental in pointing out the importance of star power in voice actor casting. Critical attainment aside, the comic performer also wonderfully managed to highlight the some movies he starred in to generate satisfying commercial success, like those of "Mrs. Doubtfirev (1993), "Jumanji" (1995), plus "The Birdcage" (1996), all grossed over $100 million. The accomplishment then reached its culmination in 1998 when he gloriously won double honors of Oscar and Actors Award for best supporting actor category through "Good Will Hunting" (1997).

In continuation of the achievement, with which he finally could give solid proof of his dramatic skills in acting, Robin confidently dedicated himself to explore more daring character as he came to the early period of 2000s, playing an obsessed photo lab worker in "One Hour Photo" and a sociopathic writer in "Insomnia", both came up in 2002. However, after filming sci-fi flick "The Final Cut" (2004) alongside Mira Sorvino also James Caviezel, it seemed that his tendency to grab back comedic roles became much dominant since most of his subsequent projects were of the genre though he still could be seen working his knack in 2006's thriller "The Night Listener" and 2007's drama flick "August Rush." These included "R.V.", "Man of the Year", plus "Night at the Museum" for 2006 releases as well as "License to Wed" (2007), "Old Dogs" (2008), and "The Krazees" (2009). Almost all of the pictures were high-profile projects with him getting listed in the major billing, showing that the actor really has grown to be a prominent figure in Hollywood.

Concerning his personal life, Robin first married to a dancer named Valerie Velardi on June 4, 1978 after meeting her at Juilliard and together they embraced the arrival of their son, Zachary Pym, in 1983. Nevertheless, the relationship soon became deteriorated as he later was spotted romancing Michelle Tish Carter, a cocktail waitress, from 1984-1986 while also dating porn star Christy Canyon during the era, ultimately leading them to have a divorce in 1988. Afterwards flourished a new love in his personal assistant, Marsha Graces, he happily held his second wedding ceremony on April 30, 1989 to then welcome daughter Zelda Rae, in July 1989 and another son, Cody Alan, by November 1991 in the family. Not only serves as his wife, Graces also becomes the co-founder of his philanthropic organization, Windfall Foundation, which is dedicated to raise fund for various charities plus his partner in Blue Wolf, a production company that has backed up some of his movies like "Mrs. Doubtfire", "Patch Adams" (1998), and "Jakob the Liar" (1999). 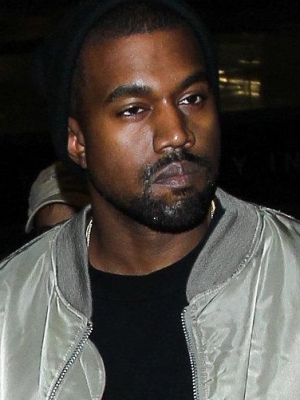