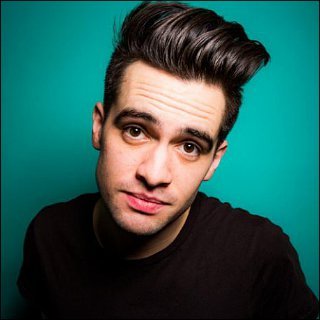 Already became one of the young, fresh acts worth to look at in music industry following their triumph at the 2006 MTV Video Music Awards, Panic! At the Disco (%cPanic at the Disco%) appears to go unblocked indeed in running their path around the circuit. Being attached to hectic schedule, the band has wonderfully been billed to headline a New York City concert event held by Boost Mobile RockCorps (BMRC) on September 23, 2006, performing along with fellow recording artist like %cT.I.%, %cYoung Jeezy%, and %cTaking Back Sunday%. What should not be missed afterwards surely is their fall tour which first will be commenced across the globe during the whole month of October before carrying out that in North America for the rest of 2006. For the former one, stops include venues in countries such as New Zealand, Australia, Denmark, France, U.K, and Sweden while for the latter, there will be shows in big cities of Atlanta, Toronto, Chicago, and Vancouver to name few.

An alternative rock group known for its fusion sound that combines elements of pop punk, emo, electronica, dance, and indie rock, Panic! At the Disco was formed in the suburban area of Las Vegas, Nevada as a merging of four young, yet fine talents hailed from the city. The basic idea of the band originally was developed by childhood friends %cRyan Ross% (born on August 30, 1986) and %cSpencer Smith% (born September 2, 1987) upon coming to the need of creating new sound together after growing tired of covering %cBlink-182%'s tunes they had practiced since early teens. In their effort to reach the goal, the duo thus took Smith's school friend %cBrent Wilson% in to back them up at bass guitar followed by the recruitment of Wilson's classmate, %cBrendon Urie% (born on April 12, 1987), to be the lead vocalist, therefore making the troupe as a quartet in turn.

With Ross providing back vocal while also playing guitar and Smith handling drums, the group afterwards settled to go under the name of Panic! At the Disco which was taken from a line in %cName Taken%'s song entitled "Panic," in reference to a composition of the same name sung by %cThe Smiths%. Looking for a medium to get their music heard, these guys unanimously decided to post some demos on their PureVolume site only to later surprisingly find out that the works had attracted %cPete Wentz%, the bassist of Chicago-based band %cFall Out Boy% who happened to be the head of the Fueled By Ramen imprint Decaydence. Within short time, the foursome delightfully found themselves signed to the label and put under the supervision of famed producer Matt Squire as they came to record their first effort in College Park, Maryland.

Released on September 27, 2005, the work, titled "A Fever You Can't Sweat Out", turned out to satisfyingly bring good outcome for Panic! At the Disco for it was sold nearly 10,000 copies in its first week to later hit the first rank of Billboard's Top Heatseekers while slowly ascending week by week on The Billboard 200. However, it was not until MTV's TRL unexpectedly featured the band premiering their music video for single "I Write Sins Not Tragedies" on January 17, 2006 that they began received a significant boost in their career. Though originally against the idea of their appearance there, the airing really proved to be such an effective vehicle to bring the group more publicity as the tune did not wait long to become a smash hit in mainstream music scene, leaping 11 notches to the top 40 of The Billboard Hot 100 by May 2006.

Amid this accomplishment, however, a huge dispute gravely occurred between Wilson and the other personnel which led to the official announcement of the bassist's departure on May 17, 2006. This later created a war of words between the two sides with Wilson stating that he was fired without warning and the remaining member accusing him not taking any parts in the recording of "A Fever You Can't Sweat Out." In contrast, the band's profile kept rising increasingly as the popularity of "I Write Sins Not Tragedies" began to affect the album to then catapult it to Platinum status as well as to the seventh rank of The Billboard Hot 100 in July 2006, the same month they found Wilson's replacement in Jon Walker (born Jonathan Jacob Walker on September 17, 1985 in Chicago, Illinois). The success wonderfully still continued when "I Write Sins Not Tragedies" video was named Video of the Year at MTV Video Music Awards later that year.

Parting ways with their bassist Wilson in May 2006 didn't stop Panic at the Disco from releasing new music. The band began working on their second studio album "Pretty. Odd." in March 2007. After scrapping their entire album and starting over, they finally released the effort on March 21, 2008. Described as "more organic and mellower" than their previous album, the set debuted at No. 2 on Billboard 200 with 139,000 units.

Due to them changing their logo and dropping the exclamation point from the group's name, they also adopted a very different style for the touring in support of "Pretty Odd.". In contrast to the dark circus theme that the band had been using, they offered up woodsy set pieces, projections of flora fauna as well as mic stands wrapped in flowers. The band also teamed with non-profit eco organizations for the tour.

While they were working on their third studio album "Vices & Virtues" in spring 2009, Ryan Ross and Jon Walker announced that they were leaving the band. The reason for their exit was largely due to creative differences between Ross and Urie. Following the members' departure, the band debuted new song "New Perspective" as part of the soundtrack to "Jennifer's Body". After %cDallon Weekes% joined the band, they began recording their third album.

"Vices & Virtues" was finally released on March 18, 2011 and debuted at No. 7 on Billboard 200 with 56,000 units. During tour in support of the album, they sported the same over-the-top theatricality the band was known for during their "A Fever You Can't Sweat Out" era. They then embarked on an American tour with indie pop band %cFun.% in May as well as releasing new song "Mercenary" which served as the soundtrack to video game "Batman: Arkham City".

After wrapping up their tour, the members began preparing for their fourth album "Too Weird to Live, Too Rare to Die!". The album was released on October 8, 2013 and debuted at No. 2 on Billboard 200. Shortly before hitting the road in support of the album, Smith wrote an open letter to fans regarding his abuse of alcohol and prescription medications since the recording of "Pretty. Odd.". His addiction eventually led him to leave the tour to "continue fighting addiction." %cDan Pawlovich% of %cValencia% filled in his part during the tour.

In April 2015, Smith announced that he had officially left the band. Following his exit, the band premiered "Hallelujah", the lead single off their fifth studio album "Death of a Bachelor". It debuted at No. 40 on Billboard's Hot 100 chart, becoming their second highest single after "I Write Sins Not Tragedies". The fifth album itself made its way out to stores on January 15, 2016. It was the first album which was written and composed by Urie and a team of writers as Weekes returned to being a touring member. The band scored their first No. 1 album on Billboard 200 with this album.

After releasing a cover of %cQueen%'s "Bohemian Rhapsody" for "Suicide Squad" soundtrack and a live album "All My Friends We're Glorious: Death of a Bachelor", Weekes officially announced his departure from the group in December 2017. Being the only member left in the group, Urie didn't stop working on the band's next album. The band's sixth studio album "Pray for the Wicked" was released on June 22, 2018. In support of the album, the band will embark on a world tour called "Pray for the Wicked Tour".