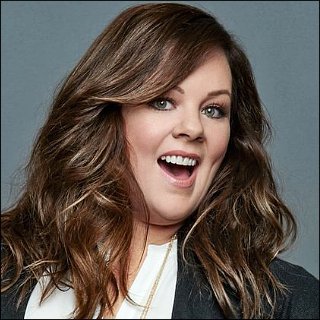 Kicking off her acting career by performing as a stand-up comedian at the famous clubs in New York, Melissa McCarthy moved to Los Angeles in the late 1990s. There she made a number of TV appearances before achieving her big break as Sookie St. James on the comedy drama "Gilmore Girls". She remained on the show from 2000 to 2007 and then moved on to portray Dena on sitcom "Samantha Who?" until 2009.

McCarthy rose to prominence after being cast to play the role of Molly Flynn-Biggs on the CBS sitcom "Mike & Molly". In addition to winning a Primetime Emmy Award for Outstanding Lead Actress in a Comedy Series, she also earned several other award nominations for her work on the show. Despite her success, the Plainfield, Illinois native refused to slow down and kept adding more features into her resume. In the years that came, she landed job as host on "Saturday Night Live" for three consecutive years and was nominated for the Primetime Emmy Award for Outstanding Guest Actress in a Comedy Series.

McCarthy was born Melissa Ann McCarthy on August 26, 1970. She and husband Ben Falcone have been married since October 8, 2005. They have two daughters together; Vivian born in 2007 and Georgette born in 2010.