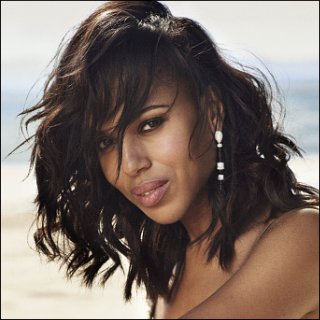 Making her acting debut in the ABC telefilm "Magical Make-Over" in 1994, Kerry Washington has since appeared in numerous other features both on TV and big screen. In 2004, she secured the part of musician Ray Charles' wife, Della Bea Robinson, in the biographical film "Ray". The role, indeed, became her stepping stone to explore a wider range of characters through various film genres. Several of the notable films she had starred in among others were "Mr. & Mrs. Smith" (2005), "The Last King of Scotland" (2006), and "Django Unchained" (2012). Besides, she was also well known for portraying the role of Alicia Mastersin "Fantastic Four" (2005) and its sequel "Fantastic Four: Rise of the Silver Surfer" (2007).

On the small screen, Washington had guest starring roles on such series, as "NYPD Blue", "Law & Order", "The Guardian", "Boston Legal", and "Black Panther". By 2012, she was billed to star as Olivia Pope, one of the lead roles on ABC's political thriller series "Scandal". Her character, which is a crisis management expert to the President, won her recognition from public worldwide while at the same time also earned her a Primetime Emmy Award for Outstanding Lead Actress in a Drama Series, Screen Actors Guild Award for Outstanding Performance by a Female Actor in a Drama Series, and a Golden Globe Award for Best Actress in a Television series.

Acting aside, Washington is a mother of one daughter; Isabelle Amarachi (b. 2014), whom she has with NFL player husband Nnamdi Asomugha. The couple has been married since June 24, 2013. Born on January 31, 1977 in The Bronx, New York, she was originally named Kerry Marisa Washington.