American R&B singer Ashanti was born Ashanti Shaquoya Douglas on October 13, 1980, in Glen Cove, Long Island, New York, into a musical family, in which her father used to sing and her mother was a former dance instructor. Before becoming a famous singer, she first sang in a gospel choir at age six and took dance lessons. As she grew up into a teen girl, her musical talent also developed, and so did with her physical appearances. During this period of time she danced in a show at Carnegie Hall and in the Disney television musical "Polly." It was in her senior high school that Ashanti sharpened her songwriting skills and explored her talent for creating a story that people could relate to, song after song. Her strong and soulful voice, indeed, got her the attention of industry insiders that brought her to an immediate signing with a management team. She began showcasing her talent with performances at several places, including the Soul Cafe, China Club, Madison Square Garden, Carolines Comedy Club and Greek Fest 2000 at Jones Beach.

It was her peculiar voice and striking look that handed her a recording contract with Jive Records at the age of 14, then again with Epic Records at the age of 17, but neither of them came to fruition. Ashanti later signed to AJM Records and quickly caught the attention of multi-platinum producer Irv Gotti of Murder Inc. who recognized her exceptional singing and writing talents and set the stage for her introduction to the music world. This encounter got Ashanti her first musical performance as a guest vocal on the track "How We Roll" by Big Pun. She then appeared in a series of duets that made her a Stateside star in March 2002, the same period when she was featured on Ja Rule's single "Always On Time". Moreover, she also appeared on other track on Ja's platinum CD, namely "Pain Is Love," and worked with Murder Inc. recording artist Caddillac Tah on his singles "Thug Love" and "Pov City Anthem." After that Ashanti went on releasing a solo track titled "A Man Does Wrong" in addition to being featured on rapper Vita's remake of Madonna's controversial hit "Justify My Love" for the soundtrack of Vin Diesel 2001 movie "The Fast and the Furious."

In early 2002, when, almost simultaneously, Ja Rule released the song "Always On Time" and Fat Joe released "What's Luv?" it was time for Ashanti to grab her big break. Featured on the two biggest pop and urban hits of the year had built Ashanti confidence to release her first album "Ashanti" which debut single "Foolish" appeared on Ja Rule's own Murder Inc. record label. The single apparently became 2002's biggest hit, spending eleven weeks at number one on the pop charts Hot 100, thanks in part to a remix called "Unfoolish," which featured a rap by Biggie, and got heavy urban radio airplay. Once she dominated the single charts, Ashanti released her follow-up singles "Happy" and "Baby" that were milder hits later that same year. During the summer of 2002, she appeared on Ja Rule's song called "Down 4 U," along with labelmates Vita and Charli Baltimore. The next year, in early 2003, she once again teamed up with Ja Rule and scored a massive pop hit with "Mesmerize", which music video parodied the plot of hit movie "Grease." Despite the song's success in becoming a hit, Ja Rule and Ashanti got an extremely keen critics from rapper 50 Cent who blamed Ja Rule as being soft and "not a true gangsta", citing the "Mesmerize" video and its pop-culture appeal as an example. Ashanti, in addition, also becoming the target of 50 Cent critics of the entire Murder Inc. family.

Notwithstanding with the critics, Ashanti would later make a special guest appearance in a season 7 episode of "Buffy the Vampire Slayer," "First Date." In the summer 2003, she released her second album dubbed "Chapter II." This album's first single "Rock Wit U (Awww Baby)" became one of the summer's biggest hits and its steamy video, which showed the singer in a bikini frolicking on a beach, was nominated for a 2003 MTV Video Music Award for Best R&B Video. In succession, the set's second single and video, "Rain On Me", was released in the fall of 2003. Unfortunately, even with the help of a remix version of both the single and video, it was not able to reach "Rock Wit U"'s level of success on either pop or urban radio. In 2004, Ashanti released the album's third single "Breakup 2 Makeup" which video was hardly played on any American music video stations, including the cable channels, VH1 Soul and MTV Jams. The almost total lack of American radio airplay, had caused some people speculating that Ashanti's career as a superstar pop diva might come to an end.

Nevertheless, R&B newcomer Lloyd had released a duet with Ashanti, "Southside", as his first single; and it became a hit on American radios, as well as MTV Jams, over the summer of 2004. This had helped Ashanti regained her popularity as a singer that she then also made her feature film acting debut in the movie "Coach Carter" (2005) with Samuel L. Jackson, and released her two other albums "Ashanti's Christmas" (2003) and "Concrete Rose" (2004). On December 6, 2005 Ashanti released a remix album, "Collectables by Ashanti." Featuring six remixes of previously released tracks and four newly recorded songs, the set was released merely as a way for her to get out of her contract with Def Jam. Working on her next studio album, the songbird in between times took time doing acting, starred in the 2006 comedy romance "John Tucker Must Die" and the 2007 action horror "Resident Evil: Extinction." It was in April 2007 that the beauty made sensation when she split with longtime boyfriend rapper-singer Nelly whom she began dating in mid 2003.

Throughout the movie ordeal, Ashanti has worked on her fourth studio album 'The Declaration'. In the project, she worked with some renown producers at the time such as Swizz Beatz, Dr. Dre, Babyface and Pharrell Williams among many. She stated that this album represents her sense of freedom at the stage of her career. She said, "I'm steering my own ship and taking the lead on everything. You can definitely hear the growth. I'm working with producers I've never worked with before." Its recording was started in 2005 but after two years, the release date has been pushed back several times with the latest being February 2008. 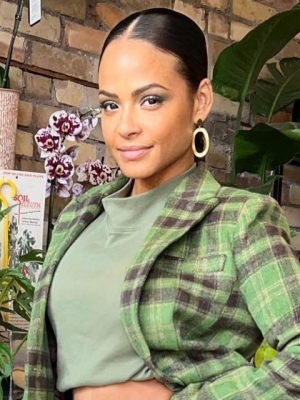