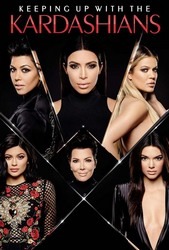 Khloe celebrates her birthday in New York City with her family and friends, while Kourtney continues to weigh the pros and cons of opening up a new store in the Big Apple. Meanwhile, Kris decides she's fed up with Bruce's homebody attitude and leaves him behind in Los Angeles, but Rob takes him under his wing by getting him to let loose during a night out in a club with his friends and the BG5 girls. Bruce later gets earrings and a haircut. Also, Kim parties it up with football player Miles Austin (with the paparazzi not far behind) and her ex Reggie Bush becomes jealous when he finds out that she has moved on. Kim later breaks up with Miles at the end of the episode.