The captain of Portugal National Team is let go by the Old Trafford soccer club after he put the organization on blast in a television interview with Piers Morgan.

AceShowbiz - Cristiano Ronaldo has been kicked out by Manchester United. After he attacked the club in an interview with Piers Morgan, the 37-year-old Portugal forward's £500,000-a-week contract is to be ended with "immediate effect".

"Cristiano Ronaldo is to leave Manchester United by mutual agreement, with immediate effect," Manchester United released a terse 67-word statement when announcing the news at 5.30 P.M. on Tuesday, November 22.

"The club thanks him for his immense contribution across two spells at Old Trafford, scoring 145 goals in 346 appearances, and wishes him and his family well for the future. Everyone at Manchester United remains focused on continuing the team's progress under Erik ten Hag and working together to deliver success on the pitch."

It is unclear whether Cristiano has been sacked or received compensation for the remaining seven months of his United contract. He released his own statement following the news, saying, "Following conversations with Manchester United, we have mutually agreed to end our contract early."

"I love Manchester United and I love the fans, that will never ever change. However, it feels like the right time for me to seek a new challenge. I wish the team every success for the remainder of the season and for the future."

The announcement comes less than two days before the player kicks off Portugal's World Cup finals campaign against Ghana. During his 90-minute interview with Piers, dad-of-six Cristiano said he had no respect for United manager ten Hag, claimed the club betrayed him and they did not believe him over his baby daughter's ill health during the summer.

United said they would wait for the full facts before making a decision about his place in the club after previews from the interview emerged, and reportedly took legal advice in the wake of his claims about terminating his contract early. 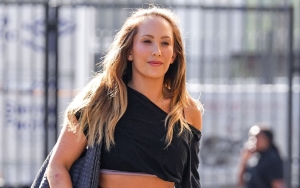