The 'Grown Ups' star revisits the site of the Oscars slap, at the Dolby Theater in Los Angeles, for a gig, during which he makes more references to the incident.

AceShowbiz - While Will Smith may be keen on moving past the Oscars slap, Chris Rock continues to address the incident that occurred more than six months ago. The comedian recently visited the site of the Oscars slap for a gig, during which he joked about how painful the slap was.

"People were like, 'Did it hurt?' You're goddamn right it hurt," Chris said during his stand-up show at the Dolby Theater in Los Angeles last week. He then reminded the crowd of Will's famous role as heavyweight boxing champion Muhammad Ali, "Will Smith is significantly bigger than me. I am not the same size, Ok? This mother f**ker played Ali! I played Pookie from 'New Jack City!' "

While many have criticized Will's behavior, some have also wondered about Chris' apparent inaction. During his set, the former "Saturday Night Live" cast member explained why he didn't fight back after he was slapped onstage back in March.

"People say, 'Why the f**k did you do nothing back?' Because I got parents," so he claimed. "Because I was raised, you know? You know what my parents taught me? Don't fight in front of white people! No, I'm not a victim!"

Will slapped Chris during the March 27 ceremony after the latter joked about Jada Pinkett Smith's bald head. The Best Actor winner was later banned from the Academy for a decade as punishment as he has several times apologized for his action.

"So I will say to you, Chris, I apologize to you. My behaviour was unacceptable and I'm here whenever you're ready to talk," so the "King Richard" star said in a video posted in July. "I'm human and I made a mistake and I'm trying not to think of myself as a piece of s**t."

Chris, however, didn't accept the apology as he responded in September, "F**k your hostage video." He also accused Will of pretending to be a good guy all this time, claiming, "Will did the impression of a perfect person for 30 years, and he ripped his mask off and showed us he was as ugly as the rest of us. Whatever the consequences are… I hope he doesn't put his mask back on again, and lets his real face breathe. I see myself in both men." 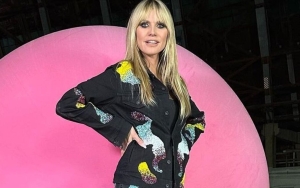