The 'Thank U, Next' hitmaker is urging her fans to 'reject' the former President of the United States after he officially declares he's running for president again.

AceShowbiz - Ariana Grande wants her fans not to support Donald Trump. The "Thank U, Next" hitmaker has urged her fans to "reject" the former POTUS after he officially declared he is running for president again.

The "Dangerous Woman" hitmaker shared a number of posts highlighting the controversies surrounding the former "The Apprentice" star following his announcement he will be attempting to return to office in 2024. She shared a post from @so.informed to her Instagram Story which read, "Reminder: Donald Trump is the only President in the history of the United States to have been impeached twice.

"Trump is also in the middle of a series of investigations and lawsuits in several states across the country... He is currently under federal investigation for removing classified material from the White House upon leaving office," it added. "He is also under investigation in New York State in two separate cases- one civil and one criminal- involving fraud committed by the Trump Organization."

"In Georgia he is under investigation for his role in attempting to overturn the 2020 election results," it continued. "And, if all of that isn't enough, Trump just last week sued the House committee investigating the January 6th attack on the US Capitol to avoid cooperating with a subpoena requiring him to testify." 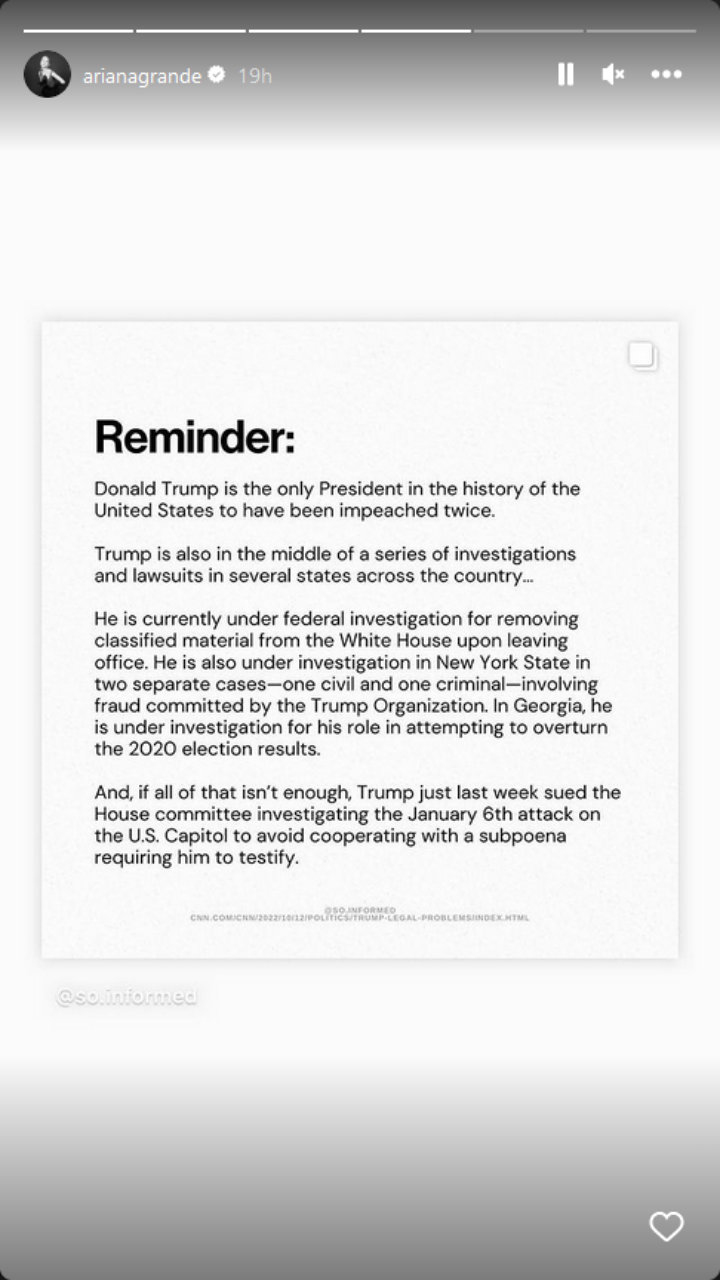 Ariana Grande urged her fans not to support Donald Trump after he declared he's running for president again.

Ariana then shared a stark call to people not to support the 76-year-old former U.S. leader in his campaign. A second shared post from @so.informed read, "The hatred, violence, and total political upheaval that was a product of the Donald Trump presidency still festers in this nation. We do not need another four years of the intentional chaos that this man sows for personal gain. Reject him with everything you have." 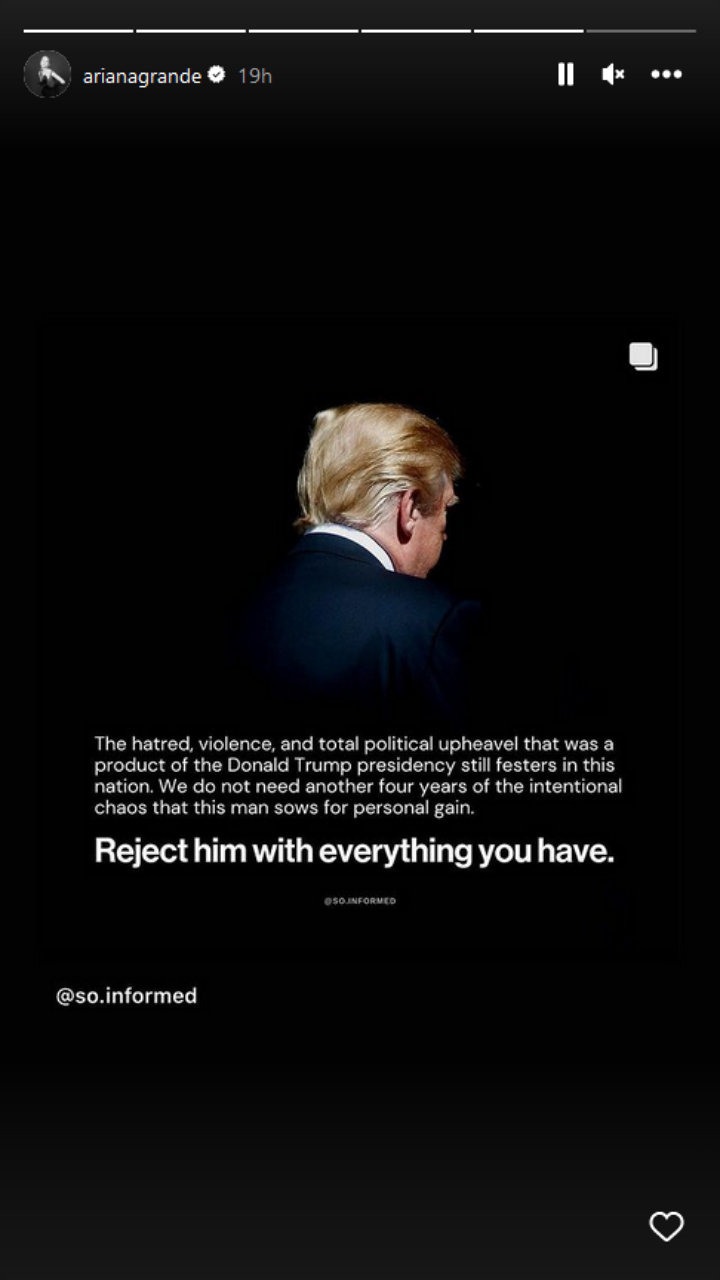 Trump, who previously held office from 2017 to 2021, vowed to "fight like no one has ever fought before" when he announced his presidential bid on Tuesday, November 15. He said, "In order to make America great and glorious again, I am tonight announcing my candidacy for president of the United States."

The businessman-turned-politician claimed he "kept his promises" in office, and insisted the U.S. had experienced "pain, hardship, anxiety and despair" under current president Joe Biden's leadership. He added, "Two years ago we were a great nation and soon we will be a great nation again."

His paperwork to confirm his candidacy, which comes after some of his aides and allies urged him to wait until after the midterm election results, was filed with the Federal Election Committee just before his speech.

This marks his third run for the presidency, after winning in 2016 and then losing to Biden four years later. Trump, who lost by more than seven million votes and hasn't been able to provide evidence of widespread fraud, has continued to claim he won the 2020 election.

Kelsea Ballerini Finalizes Her Divorce on Such an Eventful Day