While Zendaya's fans and co-stars, such as Timothee Chalamet, take to social media to wish the 'Euphoria' star a happy 26th birthday, the Spider-Man depicter doesn't post a birthday shout-out to her.

AceShowbiz - Tom Holland remains committed to protecting his mental health after announcing a sabbatical from social media. The British thesp didn't break his silence on Instagram on his girlfriend Zendaya Coleman's birthday.

It's not a complete surprise though, as Tom announced in August that he's taking a break from social media to protect his mental health. The 26-year-old actor, who boasts seven million followers on Twitter and almost ten times that on Instagram, found his massive online presence "overwhelming."

"I have taken a break from social media for my mental health, because I find Instagram and Twitter to be overstimulating, to be overwhelming," he said in a video posted on August 14. "I get caught up and I spiral when I read things about me online, and ultimately, it's very detrimental to my mental state, so I decided to take a step back and delete the app."

He hasn't updated his social media page since then.

Meanwhile, Zendaya received so many birthday wishes on Twitter from fans around the world. "@Zendaya Happy Happy Birthday. Love you 300000000....," one MCU fan tweeted, quoting a famous line from "Avengers: Endgame".

A second one joked, "Happy late birthday to the woman I would create a religion or cult to in her name @Zendaya I love you." Another wrote, "happy birthday my sweet zendaya i love you forever and always." A fourth user added, "Happy 26th trip around the sun to Emmy Award-winning actress, philanthropist, fashion icon and advocate for women's rights, anti-racism and anti-colourism @Zendaya."

Meanwhile, Zendaya's "Dune" co-star Timothee Chalamet took to his Instagram Story to wish her a happy birthday. Along with a picture of him with the "Euphoria" actress, he wrote, "Happy Bday Z!!!!!" 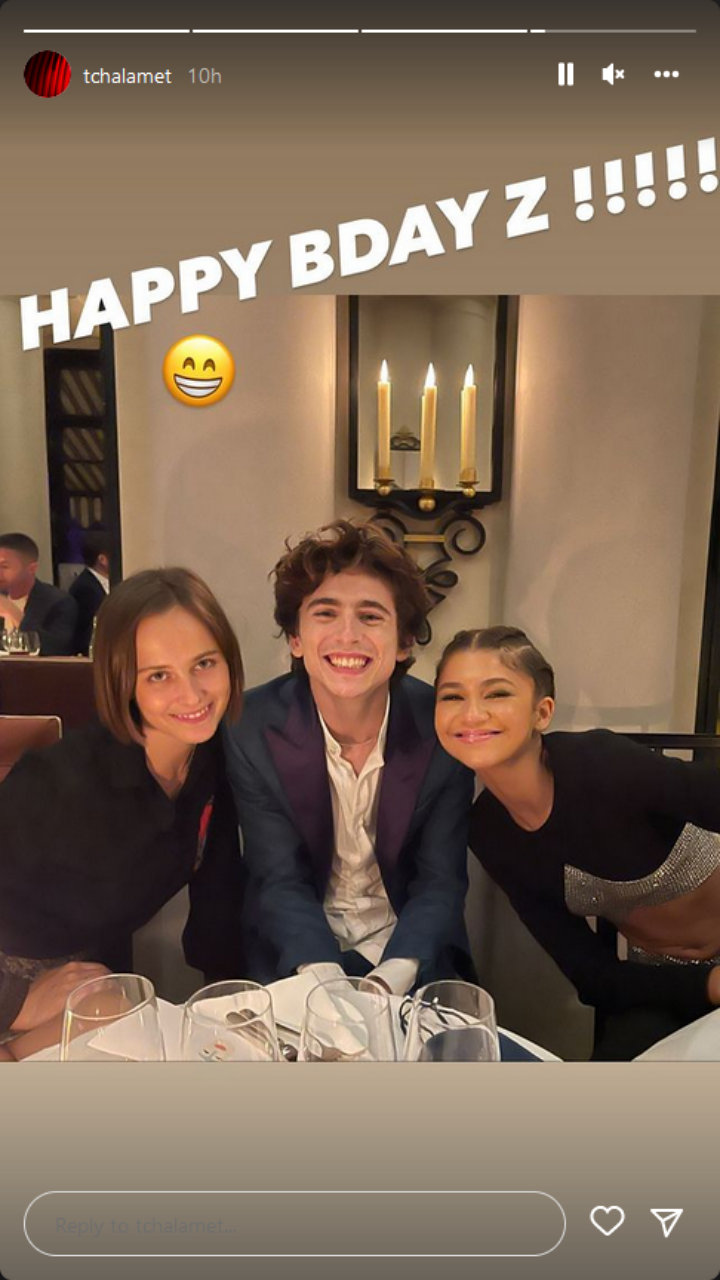 Tom and Zendaya were last seen together in Budapest, during which he reportedly took a commercial flight to visit her while she was filming "Dune: Part Two". The pair were seen enjoying a fun scooter ride in late August in the Hungarian capital.