The Grammy-winning musician and the Argentine actress, who tied the knot in March 2011, also reveal the name of their newborn daughter when introducing her to the world.

AceShowbiz - Michael Buble and Luisana Lopilato have welcomed a new addition to their family. When introducing their fourth child together, the "Home" hitmaker and his wife gushed about feeling so blessed with the baby's arrival.

The 46-year-old and his spouse broke the exciting news via Instagram on Friday, August 19. Making use of their respective accounts, they shared an adorable picture of the two holding the tiny foot of their newborn daughter.

"From love comes life, light and her... our baby Cielo Yoli Rose Buble. You finally arrived to our lives with your 3,8 kg!!!" the couple gushed in the caption. "Thanks God for this infinite blessing, we love you!! Noah, Elias, Vida and your mom and dad."

Michael and Luisana confirmed her fourth pregnancy back in February through the musician's music video for "I'll Never Not Love You". In the clip, the crooner emerged from a "Sixteen Candles"-inspired dream sequence to find himself belting out a tune at a very confused grocery store clerk. His wife Luisana quickly stepped in to save him from embarrassment before walking away.

Luisana, clad in a white T-shirt, black leather jacket and blue jeans, then showed off her baby bump as she walked away with the couple's children, 8-year-old son Noah, 6-year-old son Elias and 4-year-old daughter Vida. The video is a call-back to the first time the couple appeared on camera together in his music video "Haven't Met You Yet".

Michael, who tied the knot with Luisana in March 2011, previously opened up about their plan to expand their family. When speaking to Us Weekly in December 2021, he recalled the moment when he jokingly told his wife that "three is good" after she expressed a desire for baby No. 4.

"My wife giggled, and I said, 'What's funny?' " the Grammy-winning artist further recounted. "And she said, 'I think it's so cute that you think you have an option.' " 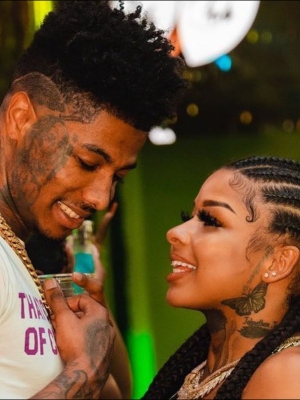