Aside from the former 'Love and Hip Hop: New York' star, many social media users ridicule the 41-year-old rapper/TV personality as they believe that he is the culprit.

AceShowbiz - Erica Mena believes that Safaree Samuels was the one who leaked his own sex tape with Kimbella Matos. The former model and video vixen couldn't help but poke fun at her ex-husband after he threatened to sue people who unleashed the alleged intimate video.

"I am Taking full legal and criminal action," the 41-year-old rapper declared on Twitter. "The person who did that is going to pay. And I am not letting up either. Not letting this 1 slide. This is a cyber crime and I am pressing full charges!!"

Catching wind of the post, Erica wrote on her own page, "Can one of y'all ask this fool to pay these bills that's been pending for months on this parenting app before he starts fake 'suing' himself and his paid sex partner." The "Love & Hip Hop: New York" alum simply added, "SMH."

Some people were also not buying Safaree's claim. "You leaked it urself fool," one person told the emcee. "The call is coming from inside the house," another penned. A third individual, meanwhile, shared a GIF of two figures of Spider-Man pointing at each other. The user then noted, "Plaintiff v Defendant."

Prior to this, Erica called out Safaree and his alleged new girlfriend Kimbella on Twitter. "Talking crazy about your baby mother to your prostitute but you don't even know your kid sizes is a weird flex," she argued in a tweet, which Kimbella reposted on her Instagram Story as she warned, "You gotta be real stupid to let your BS get back to me. I will air you out and bury you."

In a follow-up snap, Kimbella fumed, "It's so funny how I never mention your stupid uneducated a** in a good or bad way because we are both grown and on two different levels mentally, but money couldn't buy you a new p****y, could it?" She added, "Keep my name out your mouth."

Firing back, Erica noted, "I am so uneducated on you but here you are thinking you're so educated on me. How is it that you know so much about my whereabouts Kim Bolla? Stalking me must get exhausting, especially since I actually work and don't have to bed to get my bills paid for." She continued, "Yeah, Safaree says that about you too here's some grown woman advice - if he's talking s**t about his baby mama, can you imagine what he says to her about you? SMH worried about my cat? Don't forget how many times you've tasted it." 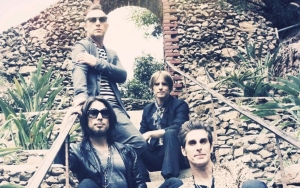