Often calling officer Robert Hoobler 'uncle Bob,' the 'Sucker for Pain' hitmaker takes to his Instagram account to pay tribute to the policeman, who passed away on Friday, July 22.

AceShowbiz - Lil Wayne is mourning the policeman who saved him from suicide. After former officer Robert Hoobler, who saved his life when he was just 12 years old, passed away on Friday, July 22, the "Lollipop" hitmaker vowed to "live for" his friend, whom he admiringly called "Uncle Bob".

"Everything happens for a reason. I was dying when I met u at this very spot. U refused to let me die," the 39-year-old rapper posted on Instagram along with a photo of Bob. "Everything that doesn't happen, doesn't happen for a reason. That reason being you and faith. RIP uncle Bob. Aunt Kathie been waiting for u. I'll love & miss u both and live for us all.(sic)"

In August 2021, Bob revealed Wayne offered him financial help if he ever needed it when they met up in 2019, telling him "all he has to do is say the word." However, the former cop admitted at the time he has not taken the rapper up on his generous offer but they have had discussions about him joining Wayne's team in "some sort of administrative capacity."

In a previous episode of "Uncomfortable Conversations with Emmanuel Acho", Wayne opened up about his mental health issues and the devastating day he used his mother's gun to try to end his life. He said, "I picked up the phone, I called the police. Yes, I knew where she put her gun and it was in her bedroom."

"And so I went in her bedroom, grabbed the gun. I already made the phone call, looked in the mirror," he went on recalling. "I pulled the trigger. [I shot] in my chest. I aimed for my heart, didn't feel a thing though. So I wasn't going through any pain, it was the shock."

"I woke up to the police knocking, that's what woke me up. It took too long to die," he continued. "We had wooden floors and the blood was pouring out of my chest, it made it easy for me to slide with my shirt across the floor. I kicked the door so they could hear me."

Wayne explained that a number of officers stepped over him to get into the house to look for drugs or weapons but "Uncle Bob", said "Do you not see the baby on the ground with this hole in his chest?"

He added, "He picked me up and kept saying 'you're not gonna die on me'. And so he brought me to the hospital. I met him years later and he said to me, 'I'm just happy to see I saved a life that mattered.' "

Paris Hilton Plans for IVF in 2023, Has Her Eggs 'Stocked and Ready' for Treatment 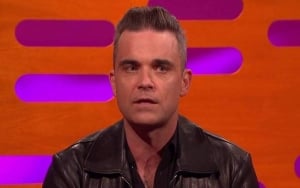