Through her social media account, the 818 Tequila founder shows fans that she is trying to improve her cutting skill by sharing a photo of a knife and the vegetable on a cutting board.

AceShowbiz - Kendall Jenner has apparently decided to give cucumber-cutting another try. After going viral for her failed first attempt as seen in an episode of "The Kardashians", the 818 Tequila founder challenged herself to a second shot at her vegetable chopping skills.

On Thursday, May 26, the older sister of Kylie Jenner made use of Instagram Story to show fans that she was trying to improve her kitchen skill. The photo showed a knife and a cucumber on top of a cutting board. "Here we go again," she wrote below the snap. 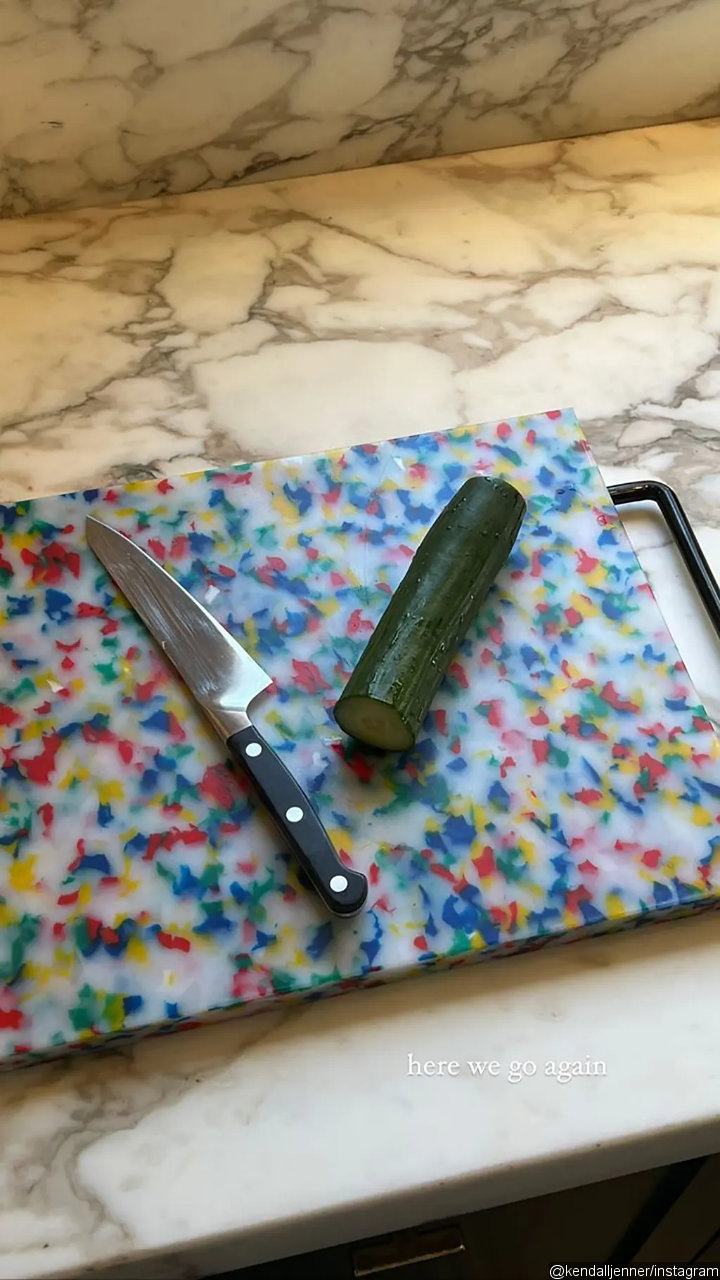 Kendall's cucumber-cutting fiasco appeared in the May 12 episode of her family's reality TV show, when she awkwardly tried to cut a cucumber in her mom Kris Jenner's kitchen. "Be careful, because I nicked myself the other day," Kris said. Kendall admitted in reply, "I know, I'm kinda scared. Don't cucumbers have seeds?"

The 26-year-old reality TV star then continued to slice the cucumber with a weird hand position while telling the camera to not "zoom in" on her because she was "not professional whatsoever." Upon noticing that her finger was so close to the knife, her concerned mother immediately called her chef to assist her. However, she declined her mother's offer and insisted to do it herself.

Kendall's cucumber-cutting fail immediately went viral on the internet. It prompted many on social media to ridicule her for not being able to cut the vegetable properly. One made a comment via Twitter that read, "Kendall Jenner trying to cut a f**king cucumber is the most tragic thing I've ever witnessed." Seemingly undisturbed by the jab, she responded by poking fun at herself, "Tragic!"

Despite her light response toward the online reactions, sister Khloe Kardashian revealed in a Tuesday, May 24 interview that the model was actually "not happy" about it. "Oh, my God, she's, like, not happy about that. I feel so bad," Khloe said, "I'm like, 'Kendall, God is fair. You're the most beautiful human being in the world. You have wild-looking toes. God bless. And you can't cut a f**king cucumber.' "