In a social media post shared by James Duggar, Joy-Anna Duggar, along with her family, Jana Duggar and Jason Duggar are seen eating breakfast at Cracker Barrel.

AceShowbiz - Duggar kids are reuniting ahead of Josh Duggar's child pornography sentencing. Joy-Anna Duggar, James Duggar, Jana Duggar and Jason Duggar are seen enjoying a family meal together in a social media post made by Jason.

Jason turned to his Instagram account on Saturday, May 21 to share a video of his siblings eating breakfast at Cracker Barrel. Aside from James, Jana and Joy-Anna, Joy-Anna's husband Austin Forsyth and their kids were in attendance. "Breakfast with the Fam!" Jason simply captioned the clip. 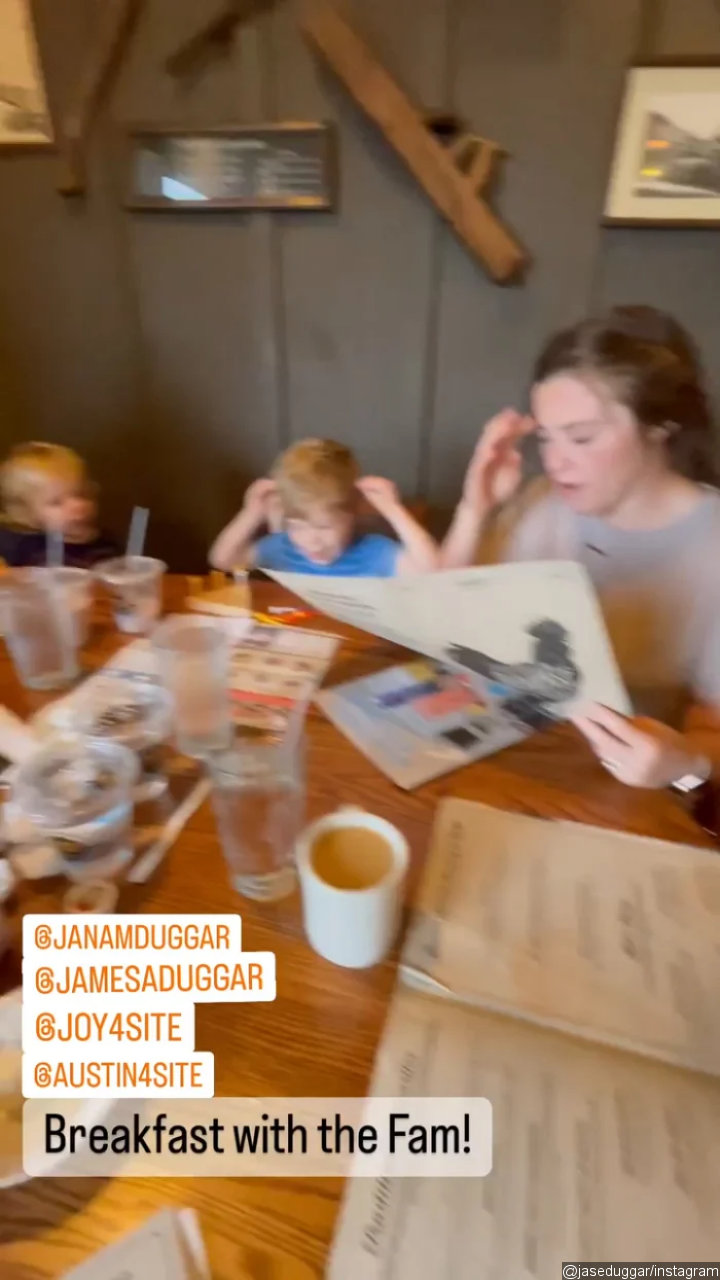 Jason Duggar shared a clip that saw his family enjoying meal at Cracker Barrel ahead of Josh's sentencing.

A sentencing hearing for Josh will take place on Wednesday, May 25 after being delayed since April 5. The disgraced former reality star was convicted of receiving and possessing child pornography in December 2021. He faces up to 40 years in prison, 20 years for each count of which he was found guilty, and fines of $250,000 for each count.

Michelle Duggar, Josh's mother, has continued to fight for her son's release. Recently, Michelle requested leniency in a letter regarding Josh's sentencing, arguing that he's a good person at heart.

"[Josh] has friends and family who will love and support him in his abilities to succeed as a husband, father, business owner, and man both now and in the future," Michelle wrote. She went on noting that she still offers her "continued love and encouragement to [Josh]."

Michelle added, "On a personal level, Joshua is an organized and diligent individual." She also insisted that Josh has set "a good example of applying himself eagerly to his work and in the many other responsibilities that he carries as a husband and father."

"Joshua is a loving and patient man, striving to be a blessing and provide for his family," Michelle penned. "He has also spent quality time with his wife and children learning life skill together and going on family outings."

She continued, "Side by side, Joshua and his family have built forts, learned how to work on bicycles and other vehicles, gone camping, hiked, fished, and played countless games and sports together!" She later concluded her motion as saying, "We ask that he would be reunited with his wife and family in a timely manner."

Drake on What He's Looking for in Women: 'It's Not Just About Clapping Cheeks'