After several months of dating, the 'Too Hot to Handle' alum and the 'Love Island' star exchange wedding vows in a ceremony attended by close friends and fellow influencers.

AceShowbiz - Congratulations are in order for Carly Lawrence. On Friday, May 20, the "Too Hot to Handle" alum tied the knot with Bennett Sipes after only several months of dating.

A source revealed that even though the newlyweds did not date for a long time, the reality TV star and the former "Love Island (U.S.)" star are in love. "They do truly love each other," the source said to PEOPLE.

The insider also spilled that Carly and Bennett exchanged wedding vows at True Love Wedding Chapel in Los Angeles. The newlyweds' big day was also said to be attended by friends, fellow influencers and "Too Hot to Handle" co-stars.

"They originally were going to get married in Vegas and the plan was in place and at the last minute, [they] changed their mind," the source further explained. "They were there with friends and everything."

To commemorate the big day, Carly made use of her Instagram Story to share a mirror selfie with Bennett. The picture showed the 27-year-old reality star hugging the 24-year-old TV personality. He was dressed in a classic black tuxedo, while she donned a white, strapless wedding dress which accentuated her curves. 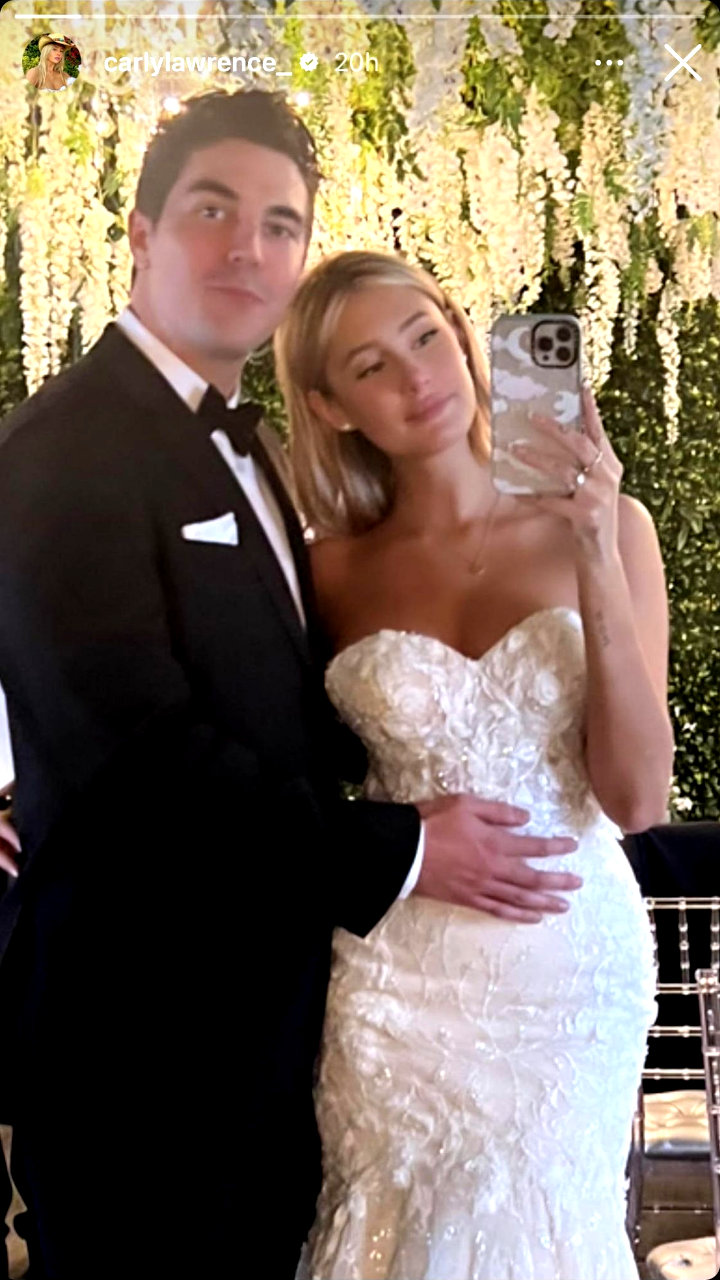 Carly shared a mirror selfie with her new husband Bennett Sipes on their wedding day.

Carly publicly announced her relationship with Bennett on December 25, 2021. She took to her Instagram account to post a photo of them kissing. Along with it, she wrote a caption that read, "Merry Christmas. Sending love to each & everyone one of you."

A few days before the official announcement, the reality TV star teased about her relationship status with a kissing picture. However, the photo only displayed her back and both of their faces were concealed. In the caption, she simply wrote, "Who's that."

In January, Bennett gushed about their relationship on his Instagram account. The photo saw them looking at each other, with Carly kneeling between his lap. To accompany the picture, he wrote a caption that read, "Never used the word soulmate until we found each other."

Carly made an appearance in season two of Netflix's "Too Hot to Handle" in 2021. During the show, she started a romantic relationship with fellow constestant Joey Joy. However, in August, she declared that they broke up because Joey cheated on her.

As for Bennett, he debuted in season two of "Love Island (U.S.)" back in 2020. He then dated the season 3 alum Leslie Golden. Later in November 2021, Leslie confirmed on her TikTok account that they parted ways.