Momager Kris Jenner and her daughters Kim, Kourtney, Kendall and Kylie as well as some of her grandchildren are spotted out for dinner at Ristorante Puny to kick off the wedding festivities.

AceShowbiz - The Kardashians have arrived in Italy for Kourtney Kardashian and Travis Barker's wedding. On Friday night, May 20, the famous clan was seen stepping out in style as they kicked off the wedding festivities.

In pictures which have circulated online, the Kardashian-Jenner crew dressed to the nines while hitting Ristorante Puny for dinner. The bride-to-be was seen wearing a sexy red structured bodysuit with a sheer skirt and a matching fur stole. She held the hands of her son Reign and niece North, while her daughter Penelope, who matched her mom in a red dress, walked slightly ahead of the reality TV star. 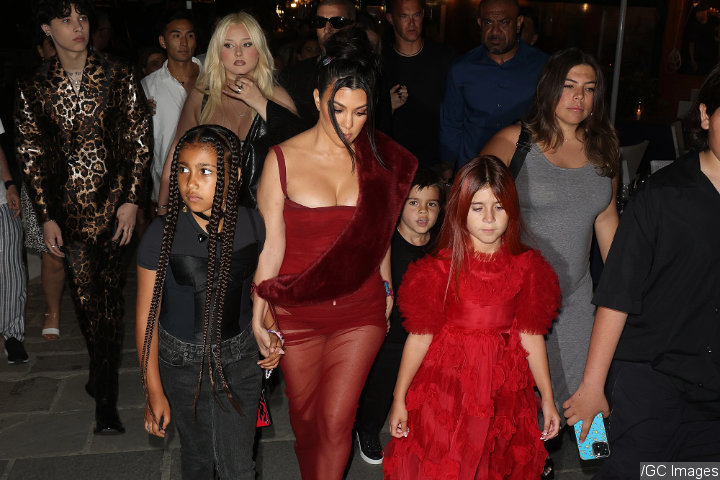 Travis, meanwhile, stayed true to his rocker style in a black tweed jacket which was left unbuttoned with classic tailored pants and sunglasses, although it was already dark at the time. He walked alongside his daughter Alabama, who wore a strapless silver dress. 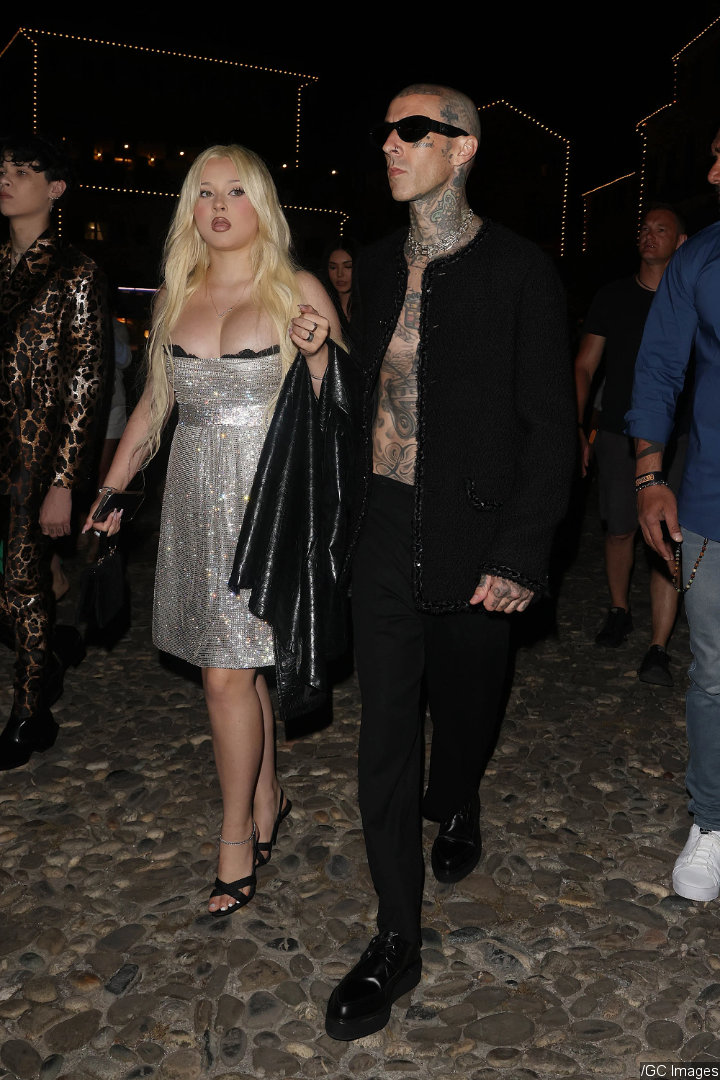 Also stepping out in style was Kim Kardashian, who showed some skin in a black cutout catsuit, contrasting her white-blonde hair. Her sister Khloe Kardashian arrived in a jaguar print dress by Dolce & Gabbana.

Kendall Jenner came hand-in-hand with her boyfriend Devin Booker. The model wore a black semi-sheer Dolce & Gabbana with a red cross chocker, while the NBA star matched her look in an all-black outfit. It's a rare sight to see the athlete joining his girlfriend on a family affair.

Kylie Jenner, meanwhile, stepped out solo. Also wearing a number from Dolce & Gabbana, she opted for a black mini dress and black-and-white boots with a matching bag. Momager Kris Jenner wore a classic black dress with mesh overlay as she was joined by Gui Siqueira.

Kourtney and Travis were seen packing on the PDA during the dinner, with the Blink-182 drummer planting a kiss on his wife's neck. "You can feel all the love. Everyone is very excited to celebrate Kourtney and Travis," a source told PEOPLE of the celebration.

"It's a beautiful evening, Kourtney looks gorgeous!" the source further gushed, before spilling the details, "They have a special menu with Italian wine, hand-made trofie al pesto pasta, sea bass and coffee parfaits. The menu is decorated with a heart."

Kourtney and Travis' nuptials will reportedly take place at Castello Brown, a 16th-century castle in the seaside town of Portofino, after they legally tied the knot in Santa Barbara last Sunday, May 15. They reportedly also plan a reception in Los Angeles.