Attending the annual fashion fundraiser held in New York City, the 'La La Land' star is unraveled to have worn a never-before-seen-publicly gown she put on for her special day's afterparty.

AceShowbiz - Emma Stone wore one of her wedding dresses to the Met Gala. The "La La Land" star walked the red carpet at the Metropolitan Museum of Art (MOMA) in New York City on Monday, May 2 evening in a white Louis Vuitton gown, and Vogue have confirmed it is the outfit she wore when celebrating her marriage to Dave McCary in 2020.

All the stars who attended the event, which had the theme "In America: An Anthology of Fashion" and a dress code requesting "gilded glamour", in Louis Vuitton wore pieces from the fashion house's archive.

Showing off a selection of the guests in their outfits, Vogue tweeted, "The @LouisVuitton group is wearing archival LV to the #MetGala. Emma Stone's dress is in fact a special piece she wore to her wedding afterparty that has never been seen publicly before. (sic)" 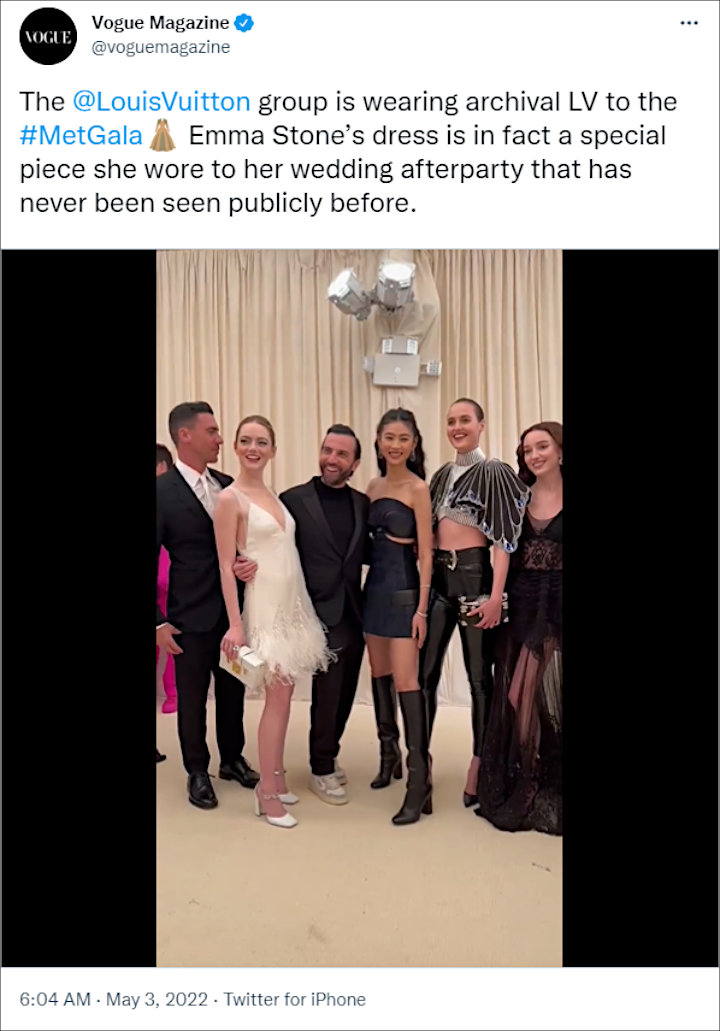 The last time Emma, who gave birth to her first child in 2021, attended the Met Gala in 2019, she wore the same designer.

"I just felt too surrounded by that ... Losing my anonymity after 'Easy A', it was like being seven years old all over again," she confessed. "It terrified me."

"Interviews are kind of like therapy, except all your answers are being written down and printed. I always want to be on the other side of it," she further elaborated. "I don't want to be deconstructed for millions. I'd rather do the deconstructing."

Sharon Osbourne Down With COVID-19 After Caring for Ozzy Osbourne