Met on the red carpet of the Academy Awards, the 'Aquaman and the Lost Kingdom' star quickly corrects it when an interviewer assumes that he and his estranged wife are 'back together' and 'working on it.'

AceShowbiz - Jason Momoa has set things straight on his relationship status with Lisa Bonet amid their reconciliation rumors. Contrary to the speculation, the actor said he has not reunited with his estranged wife, though he called her "family forever."

The "Dune" star addressed the speculation on the red carpet of the 2022 Academy Awards on Sunday, March 27. When Access Hollywood's Scott Evans assumed that he and Lisa are "back together" and "working on it, figuring it out," he quickly corrected it.

Jason announced his separation from Lisa on January 12 after more than a decade together and almost five years of marriage. "We have all felt the squeeze and changes of these transformational times… A revolution is unfolding ~and our family is of no exception…," he said in a since-deleted statement posted on his Instagram page at the time.

He added, "Feeling and growing from the seismic shifts occurring. The love between us carries on, evolving in ways it wishes to be known and lived. We free each other to be who we are learning to become…"

In late February, rumors swirled that they might be giving their marriage another chance as the 42-year-old hunk has reportedly moved back in with the 54-year-old actress. "Jason moved back in with Lisa about two weeks ago and they are very much back together," a so-called pal told HollywoodLife. "They decided to work on things rather than throw in the towel because they have so much invested in each other."

However, in early March, it was reported that Jason has been dating a mystery woman, who "used to being in the limelight as she is connected to a popular late-night show." The woman is additionally described as "very hot."

Later on Oscars night, Jason was seen getting close with Kate Beckinsale. The two allegedly had a "flirty vibe" while attending the Vanity Fair Oscars afterparty. At one point, the Aquaman depicter was seen taking off his suit jacket and wrapping it around the actress' shoulders to keep her warm. 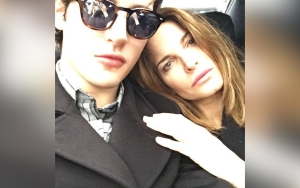 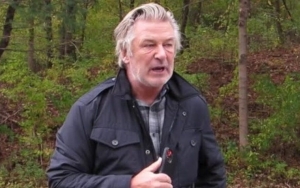