After being spotted holding hands while celebrating the special day together at Craig's restaurant, the daughter of Michael Jackson confirms that she is still single.

AceShowbiz - Paris Jackson has confirmed that she is still single. The daughter of Michael Jackson has denied rumors suggesting she is in a relationship with Michael Bradley after they were spotted holding hands while celebrating Valentine's Day together.

Taking to her Twitter account on Tuesday, February 15, the 23-year-old actress/singer told her followers that she is dating nobody. "Replace the word 'golf' with 'boyfriend' and this is how i picture some of y'all when i'm spotted with literally any man ever," she tweeted alongside a GIF that showed some birds from "Madagascar" asking, "Golf?" 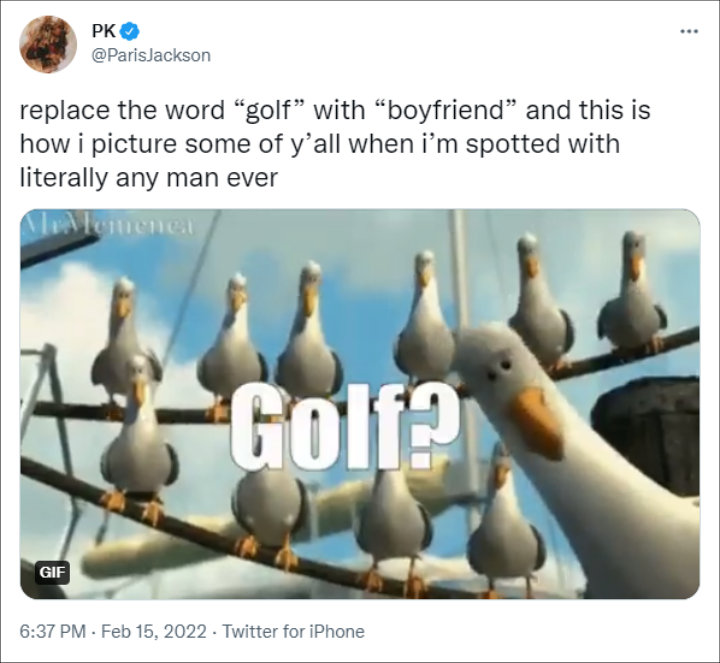 Paris Jackson confirmed she is still single after being caught holding hands with Michael Bradley on Valentine's Day.

Paris' Twitter post came after Daily Mail published photos of her holding hands with Michael, who is a self-taught artist, outside celebrity hotspot Craig's in West Hollywood on Monday night as they celebrated Valentine's Day together. For the special outing, the "Habit" actress wore a lacy brown silk dress, baring her tattooed sleeves and chest.

A few moments later, Paris wore her suede jacket. To complete her look, she paired her outfit with matching thigh-high cowboy boots. As for Michael, he opted to go monochrome as he rocked a white sweatshirt, matching pants and sneakers.

Before arriving at the eatery, Paris took to her Instagram Story to post an adorable snapshot with Michael. The "Wilted" artist posed with Michael in the car. Over the picture, she wrote, "Happy v day @war.of.art," adding a GIF of a pink flower. Michael also took to his own page to share the photos taken by paparazzi. 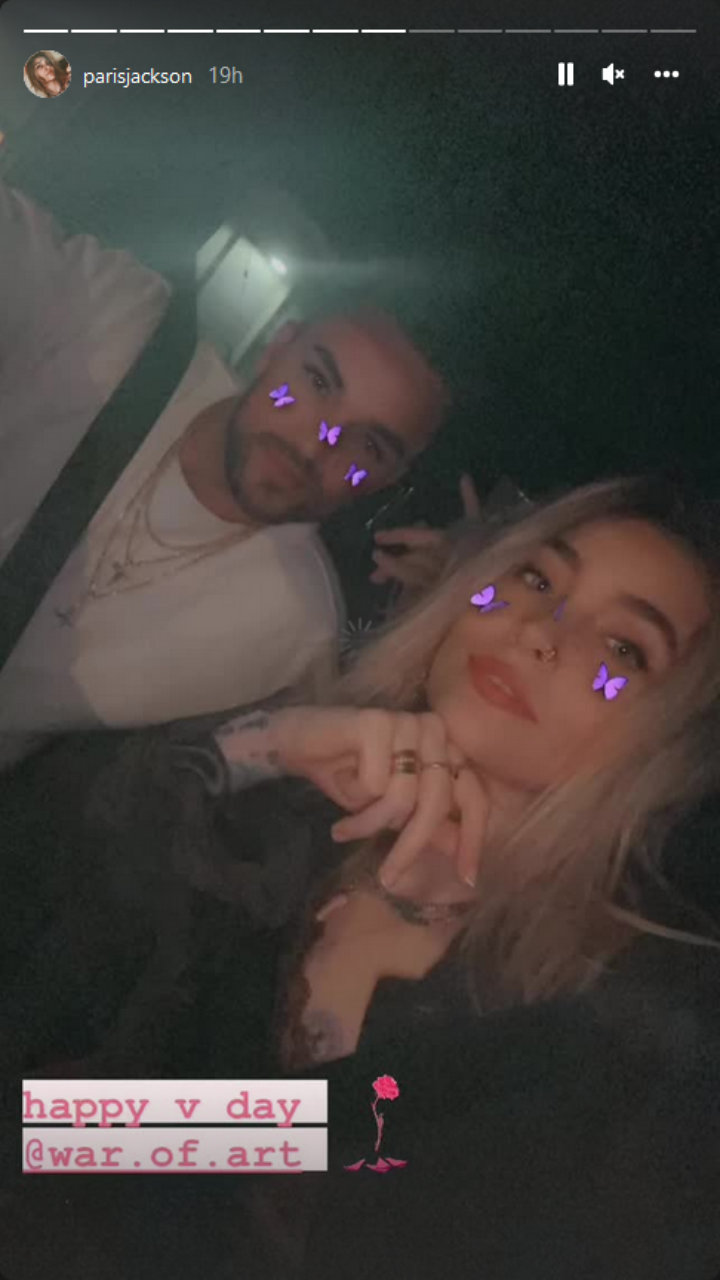 Paris Jackson posed with Michael Bradley in car as they celebrated Valentine's Day together.

Despite Paris' claims that she is single, she was seen sporting what appears to be a hickey on her neck after attending the "MJ: The Musical" opening night on Broadway earlier this month. While walking through a terminal at New York City's John F. Kennedy airport alongside her brothers, Prince Jackson and Big Jackson, she could be seen putting her hair high in a messy bun, baring the alleged hickey.

As for her love life, Paris previously dated her former bandmate Gabriel Glenn for two years before their split in August 2020. In a candid interview with Willow Smith last June, she revealed that the split was "the deepest heartbreak" of her life she's "ever experienced."