The former football wide receiver has a leading role in a TV movie called 'Love, Game, Match', in which he stars opposite Canadian actress Cristine Prosperi.

AceShowbiz - Clare Crawley seemingly threw shade at Dale Moss' new movie. Around three months after they called it quits for the second time, the season 16 star of "The Bachelorette" made an eyebrow-raising remark about her ex's "acting" debut.

On Tuesday, December 14, the 40-year-old beauty shared on Instagram Story a picture of herself in a steam room. "Sauna + emails!" she penned. "For the record, you guys can stop sending me all the acting reel clips… I had a front row seat to it since day one." 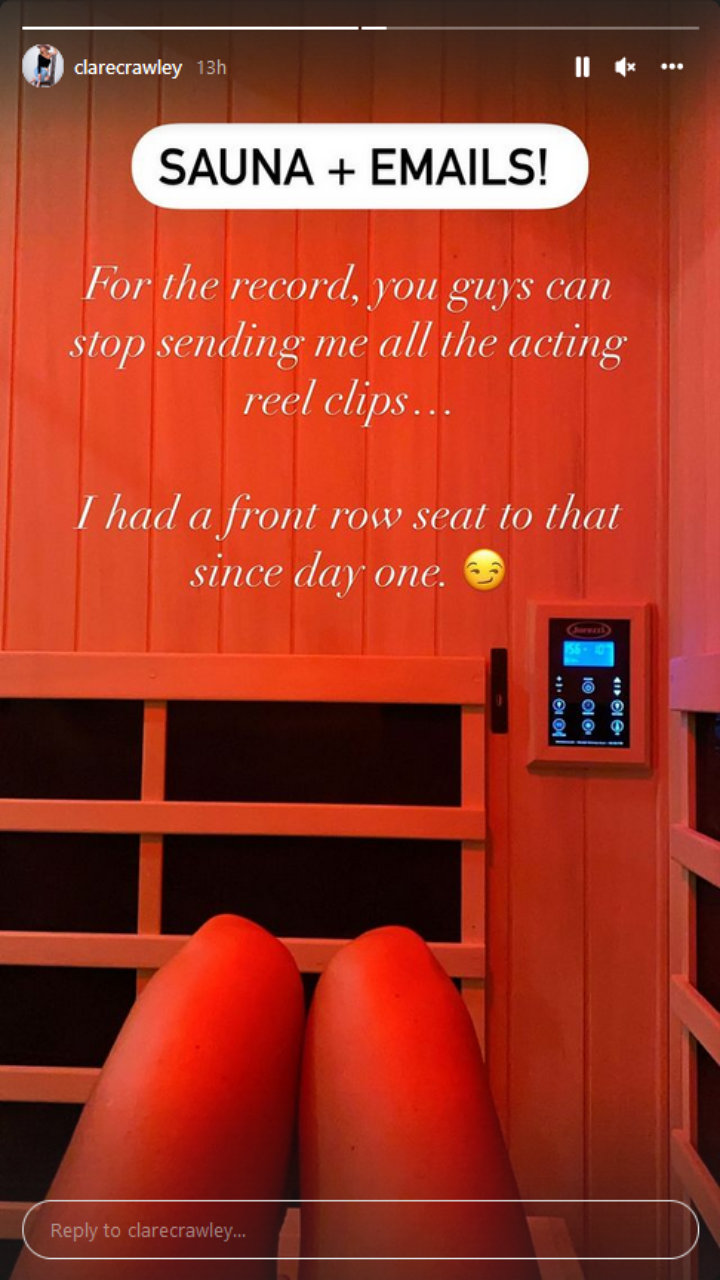 Fans believed that Clare was throwing a low-key dig at her former fiance as a trailer of his new movie was dropped one day earlier. "Clare shading Dale's new movie is starting the night off right," one person wrote on Twitter.

Dale has a leading role in a TV movie called "Love, Game, Match". In the trailer, the reality star plays a high school tennis coach named Ted who falls in love with an economics teacher called Liz (Cristine Prosperi).

Clare's shady post arrived after she split from Dale in September. They were previously engaged in September 2020 while filming season 16 of "The Bachelorette". The pair then broke up in January, but rekindled their romance months later before eventually parting ways for good.

In October, Dale detailed their separation in a statement via his representative. "Dale and Clare broke up in mid September when Clare was in New York City spending time with him," the statement read. "Clare then chose to fly home to Sacramento and asked Dale to send her things."

Noting that Dale flew out to Sacramento as he heard the condition of Clare's mother, the rep added, "Dale flew to Sacramento last Tuesday morning to be with Clare, her mother and their family." The message continued, "On Wednesday, Dale flew to Los Angeles for a work obligation and had every intention to travel back to Sacramento to be with her but his number was blocked, which made it impossible to communicate with Clare. It is unfortunate that the next time Dale heard anything from Clare it was on social media."

Elon Musk Reacts to Being Called Freeloader by Elizabeth Warren

Martin Sheen Claims '90 Percent' of His Movie Career Is 'Trash'