The former 'Spy Kids' actress reveals that two-year-old Kingston lost part of his finger after it got trapped in the hinge of a bathroom door while she helped him get ready for bed.

The actress, who also shares son four-year-old Ocean and five-month old daughter Rio with husband Carlos Pena Jr. a.k.a. Carlos PenaVega, has shared the shocking news to her Instagram Story, revealing she trapped Kingston's fingers in the hinge of a bathroom door, while helping him get ready for bed on Friday, October 15.

"His first finger is bruised and a little bloody... but his middle finger took the brunt of it and was severed from the first knuckle near the tip," she explained. "It was the most traumatic thing we've had to go through as a family. The mom guilt and shame was really hard to get through."

"But thank God for prayer and for the sweet little bruiser Kingston is. Carlos was amazing and swooped in like Superman to take care of our family."

She went on to reveal that although the severed portion of the finger was not able to be re-attached at the hospital, they're all coping remarkably well with the injury. 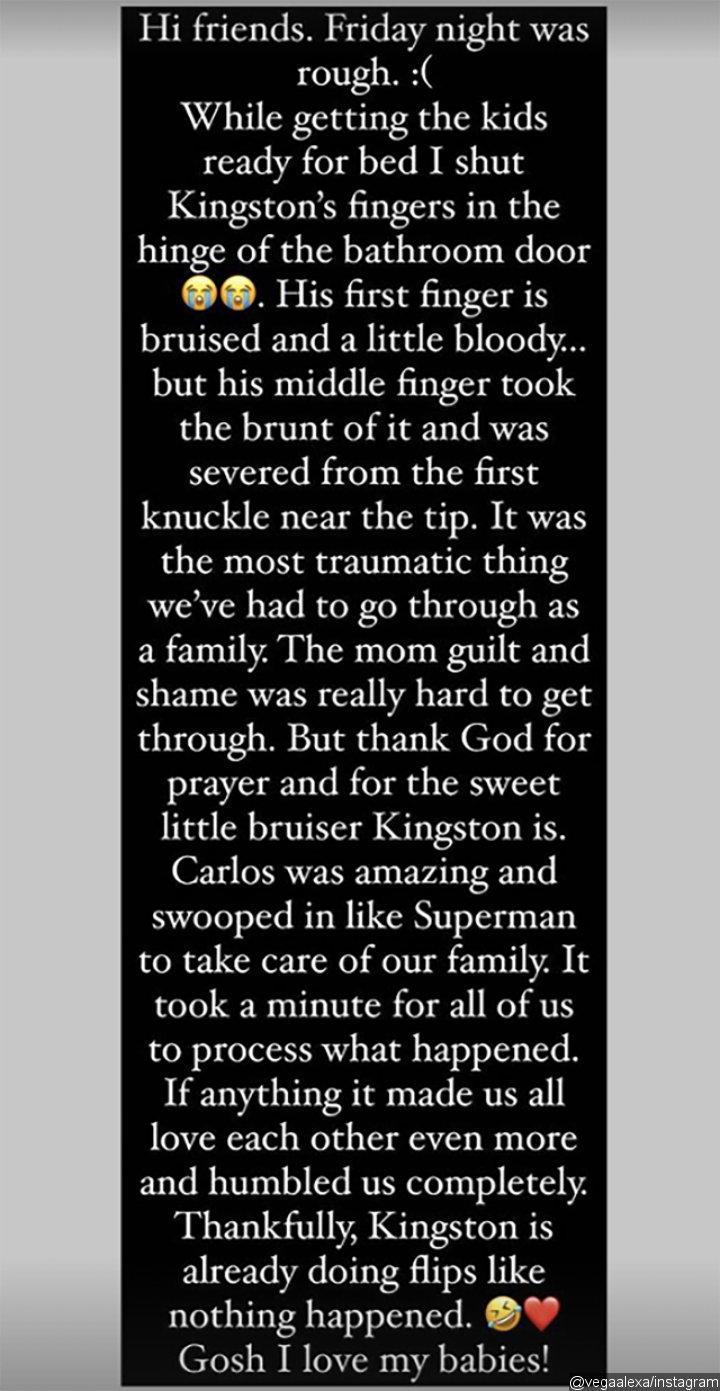 Alexa Vega detailed how her 2-year-old son Kingston lost part of his finger.

"It took a minute to process what happened," Alexa added. "If anything it made us all love each other even more and humbled us completely. Thankfully, Kingston is already doing flips like nothing happened... Gosh I love my babies!"

While she is still upset about the incident, Kingston's mum is sure he will be "more than fine."

"Poor baby. But the other 9 (fingers) are so cute! He'll be more than fine!" she wrote alongside a smiley face emoji.