Harrison Ford first portrayed the fan-favorite space smuggler in the original trilogy starting with 1977's "Star Wars: Episode IV - A New Hope" and, while Oscar-winner Walken auditioned for the part, he wasn't even director George Lucas' second choice for the starring role.

In an interview with the Financial Times newspaper, he said, "I did audition [for Star Wars] but I don't think I came remotely close to getting the job. About 500 other actors auditioned, so it wasn't as if it was down to me and somebody else."

"The Deer Hunter" star also auditioned for Ryan O'Neal's role of Oliver Barrett IV in the 1970 flick "Love Story" but admitted he wasn't the man for either of the movies.

Christopher added, "I was lucky [to have been rejected from both films] because I'd have been awful in them."

Meanwhile, "The Outlaws" co-creator Stephen Merchant spilled how he got Christopher to agree taking part in his BBC One series. "Chris doesn't use phones and he doesn't have a computer, so it was a bit hard to contact him," the 46-year-old recalled.

"I ended up having this very glamorous weekend where I went to Los Angeles to go to the SAG Awards for that film 'Jojo Rabbit'. On the way back, someone said, 'Chris can see you on your way home,' " he continued.

"So I flew from this glamorous award ceremony to New York, and then drove up to Connecticut, and met Chris at his house. We spent hours just chewing the fat and the next thing I knew he agreed to do it."

Harrison Ford's Han Solo Jacket to Go Up for Auction 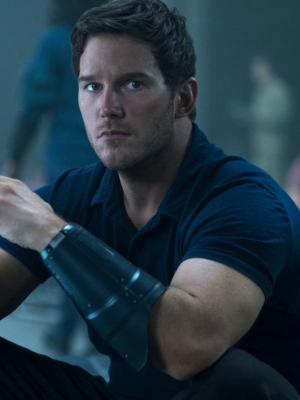 'Mission: Impossible 7' Director Forced to Film Scenes From Home Due to COVID Exposure