Authorities believe that foul play is suspected after the 'What's Da Jwett' rapper's body was found by a dog walker in front of a home on Northwest 6th Terrace and 9th Court.

According to Miami's WSVN, around 6:30 A.M., a dog walker found a dead body in front of a home on Northwest 6th Terrace and 9th Court. While the authorities haven't confirmed the victim's identity, people at the scene claimed that it was the "What's Da Jwett" rapper, whose real name is Wisdom Williams. It remains unclear whether he was killed at that location or if his body was brought there.

Though there were no reports of gunshots, the investigators believed that foul play was suspected. Officials said police officers at the crime scene were overwhelmed by a large crowd who gathered to get more details relating to the death.

"When you suspect it might be a family member of yours, or a loved one, you would want to try to confirm that for yourself," Hallandale Beach police Capt. Megan Jones said. "It wasn't anything malicious or ill will. It was just trying to get their own confirmation."

After Broward Sheriff's Office deputies showed up to assist, Megan stated that "the investigation continues." She added, "There's going to be detectives reaching out to the family, friends, trying to get some more information."

"We're making a plea to the public at this time that if anyone has any information that could help us assist with a suspect then that would be greatly appreciated," Megan further explained. The cops also said that the victim grew up in that neighborhood, though he hadn't lived there recently.

Upon learning the heartbreaking news, fellow rappers have been sharing their thoughts and prayers for WizDaWizard's family. Jackboy turned to his Instagram account to share a throwback photo of him with the late rapper. "Long Live @wizdawizard_," he wrote in the caption. 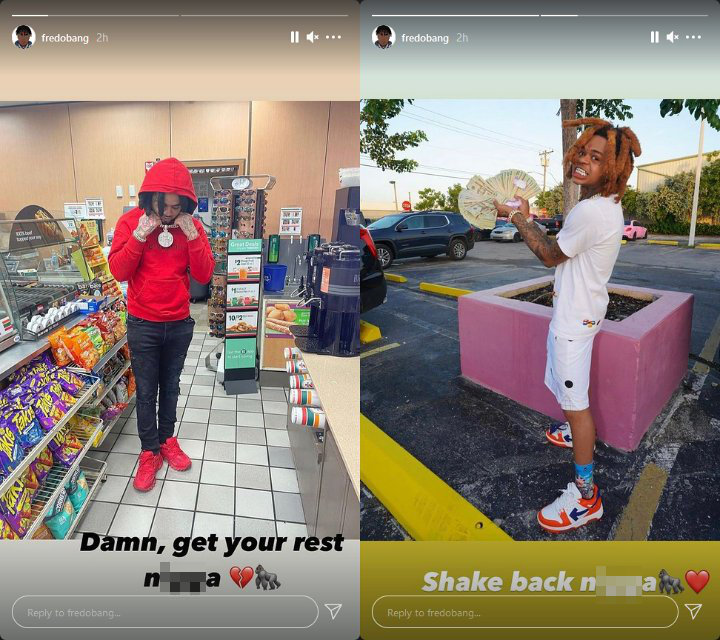 In the meantime, Fredobang shared, "Damn, get your rest n***a," alongside a photo of WizDaWizard he posted on his Instagram Story. In a following snap, the "Trust Issues" spitter shared a photo of the 24-year-old rapper posing with a bunch of money in his hands. "Shake back n***a," he wrote over the image.