After the 'Keeping Up with the Kardashians' alum debuts her 9-year-old daughter's new hairstyle, many social media users compliment the bright cherry locks that look similar to Ariel's from 'The Little Mermaid.'

AceShowbiz - Kourtney Kardashian isn't afraid to let her kids experiment with their looks. In a new social media post, the "Keeping Up with the Kardashians" alum showed off her daughter Penelope Disick's new fiery red hair.

On Thursday, August 26, the 42-year-old reality star took to her Instagram account to post a photo that saw her 9-year-old daughter, whom she shares with her ex-boyfriend Scott Disick, flaunting her long, bright red locks. In the snapshot, the little girl also rocked an oversized graphic T-shirt and held her hands behind her head. In the caption, the proud mum put a series of red-colored emojis.

Not stopping there, Kourtney also turned to her Instagram Story to offer her fans a behind-the-scenes look at the hair dyeing process. The picture saw the back of Penelope's head and her red-stained neck. However, the Poosh founder didn't reveal if the bright hair color is permanent or temporary. 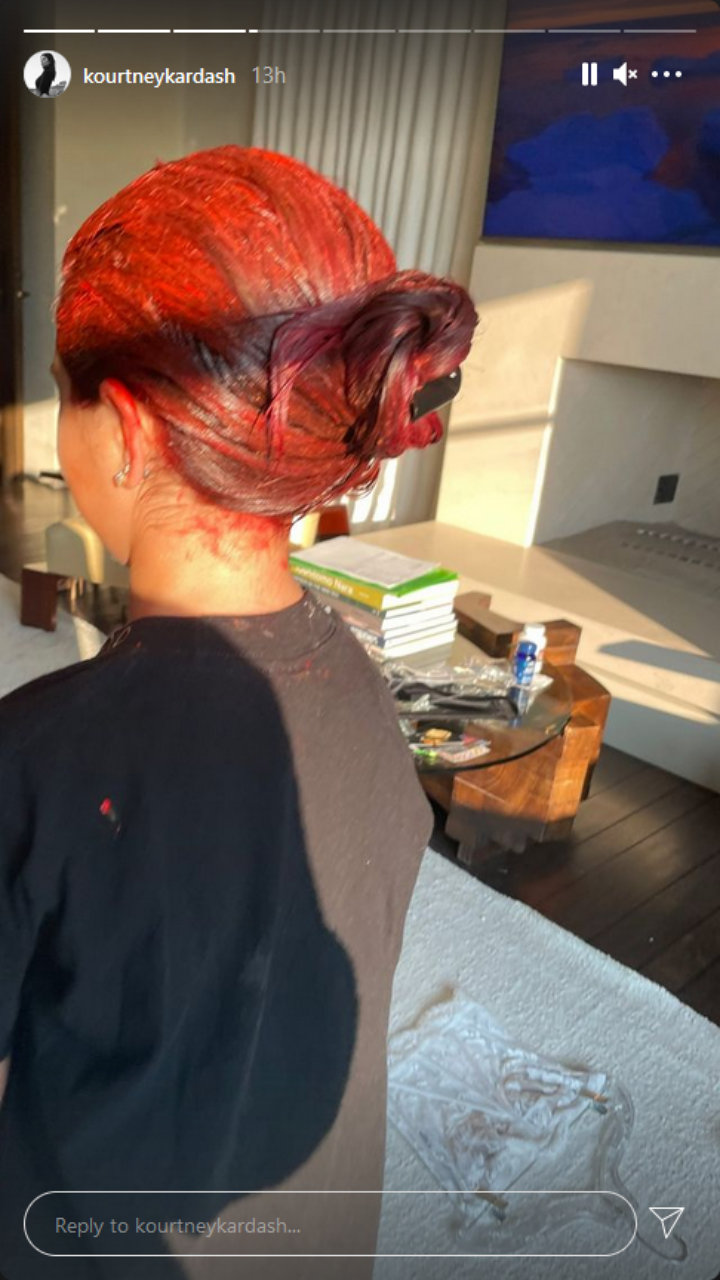 Kourtney's fans and followers were quick to rave over Penelope's new drastic hair makeover. Her friend and Poosh chief content officer Sarah Howard also noted that the little girl's new hairstyle looks the same as the hair of Disney's character Ariel from "The Little Mermaid". She wrote, "Ariel from the little mermaid."

In the meantime, a follower gushed, "The coolest girl ever," adding a set of fire emojis. "She is so pretty omg," another Instagram user added. "So pretty but I hope it's the temporary spray. She has beautiful hair already," a separate fan chimed in.

Previously, Kourtney herself decided to ditch her signature long raven hair. On August 14, the reality TV star debuted her chin-length bob. At the time, many marveled at her new look. Aside from Hailey Baldwin, Lily Aldridge, Winnie Harlow, her boyfriend Travis Barker also complimented her as saying, "You're perfect."

Prior to debuting her shorter hairdo, Kourtney revealed that Travis gave her a haircut. In late July, the sister of Kim Kardashian posted on her Instagram Story a photo of her dark brown hair lying on the floor. "Haircuts by @travisbarker," she simply wrote over the snap.

Kourtney Kardashian 'Bothered' by Kim Mocking Her on 'SNL'