During his European trip, the former MLB star is accompanied by a bevy of beauties and is caught chatting with one of them as she enjoys a refreshing rinse in an outdoor shower.

AceShowbiz - Alex Rodriguez seemed to enjoy his single life. Celebrating his upcoming 46th birthday with a European vacation in St. Tropez, the former MLB star was spotted being surrounded by bikini-clad ladies.

On Friday, July 23, the former Yankees slugger was caught riding down a slide off a yacht alongside several bikini-clad women. The 45-year-old businessman was accompanied by a bevy of beauties aboard the luxury floater. He was also seen chatting with one of the ladies as she enjoyed a refreshing rinse in an outdoor shower.

During his trip, Alex could be seen having fun as he made a big splash each time he hit the sparkling blue water. He also showed off his tanned and toned muscles while going shirtless, following his recent weight loss after breaking up with his ex-fiancee Jennifer Lopez.

Of his European vacation, a source informed PEOPLE that Alex spent his time with "family and friends and people he works with." Adding more details, the so-called inside source went on to say, "He's doing great and celebrating his birthday and Minnesota Timberwolves sale."

Alex himself turned to his Instagram page to share photos from his birthday trip. "Let the festivities begin #EuroTrip," he captioned one smiling waterfront picture. Not stopping there, he also took to his Instagram Story to post another snap, which showed him hanging out on a boat with his friends. Over the pic, he simply wrote, "Peace." 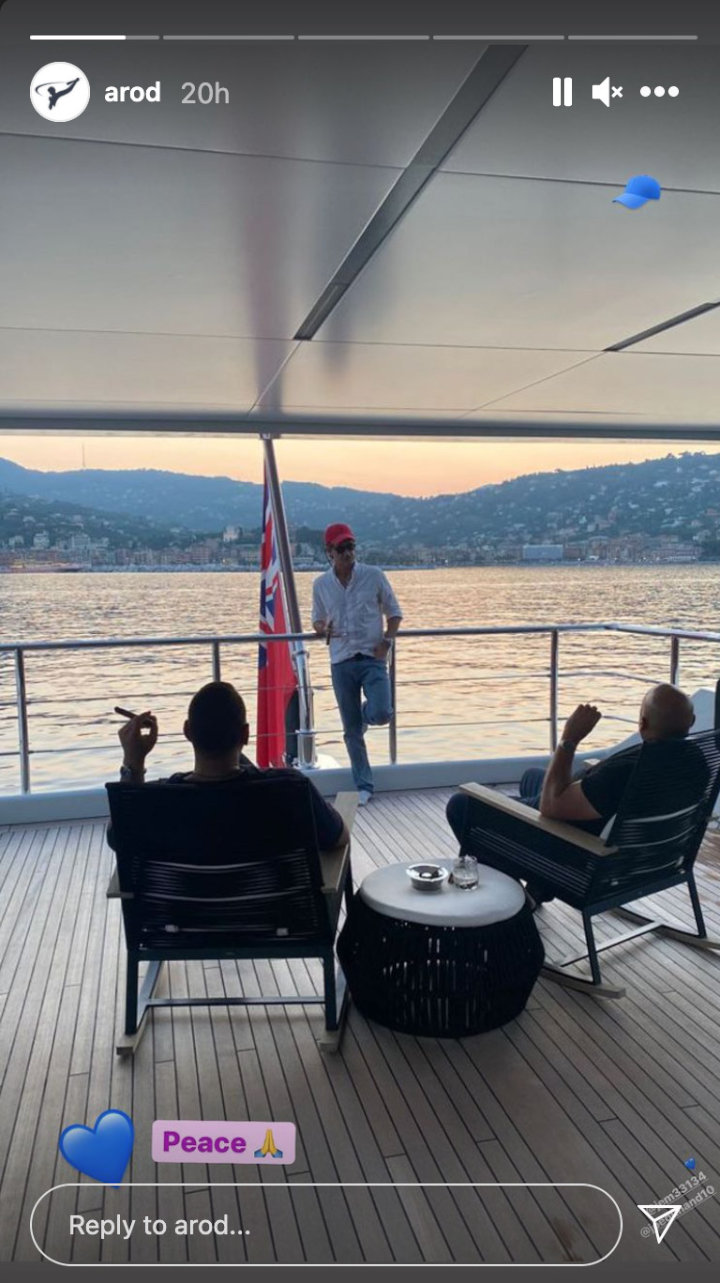 Alex Rodriguez shared photo from his European birthday vacation with his friends.

The trip came after his ex J.Lo and Ben Affleck made their subtle Instagram debut on Thursday, July 22. In a black-and-white photo posted by their friend Leah Remini from her 51st birthday celebration, the happy couple could be seen sharing a little PDA.

In the photobooth-style image, J.Lo placed her hand on Ben's chest. In the meantime, the "Batman v Superman: Dawn of Justice" actor wrapped his hands around the "Hustlers" star and the "Kevin Can Wait" actress.