In the comment section of the jaw-dropping clip that has since garnered over two million views, Lisa Tranel hopes Ellen DeGeneres can get her and the Rachel Green of the NBC series together.

AceShowbiz - Jennifer Aniston appeared to have a doppelganger. Lisa Tranel, who look-alike the "We're the Millers" actress, made people do a double-take when they saw her viral "Friends" lip-sync TikTok video.

In a clip that has garnered over 2 million views and more than 350,000 likes, Lisa lip-synced to an iconic quote from the 52-year-old actress' "Friends" character Rachel Green from a 1997 episode. "I want to quit, but then I think I should stick it out. Then, I think why would such a person stay in such a demeaning job just because it's remotely related to the field they are interested in," the voice said. 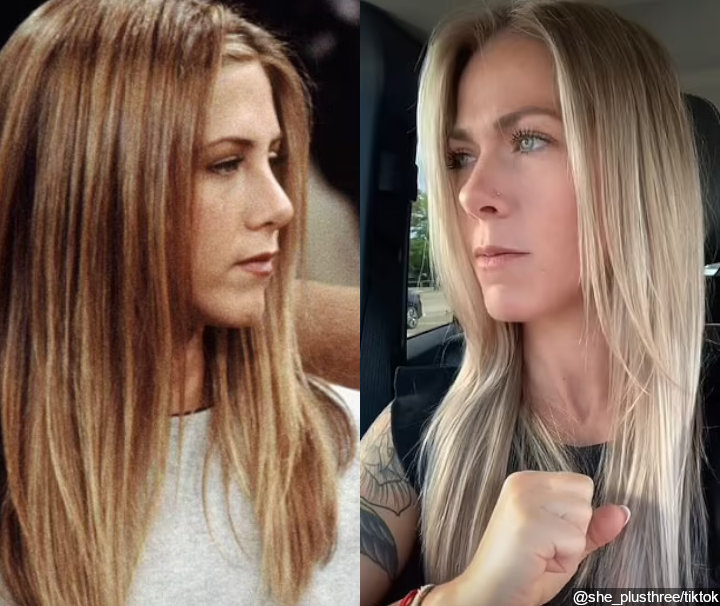 Lisa looks exactly like Rachel from the same sleek sandy blonde blowout to the light eyes to the actress' strong chin and distinctive nose. Even her facial expressions were a spot-on impression of Rachel of the hit NBC's hit series. The single mom, who is in her 30s according to her social media, also wrote in her bio on TikTok that simply read, "Not Jennifer Aniston."

In the comment section of the viral clip, many TikTok users claimed that she clearly looks like Jennifer's resemblance. "Pack it up Jennifer Aniston," one wrote, while another commented, "I actually thought it was Jennifer Aniston. WOW!!" The third quipped, "Definitely thought you were her at first."

Another confessed that they got confused seeing the video, "That was a roller coaster - I know this voice. Oh yeah, Jennifer Anni- wait. That's not her. Yes it is. No?? Oh. She's lip syncing. They do favor." In the meantime, a user praised Lisa's lip sync and acting skills, saying, "Wow, nailed the facial expressions and everything!"

"Someone tag jennifer aniston and get them together!" penned a different TikTok user. Lisa then responded to the comment, writing, "I'm 100% down with that!! I feel like [Ellen DeGeneres] could make this happen."