The Isis Dunkler of 'A Bad Moms Christmas' has signed on to reprise her role in 'Bad Moms' Moms' back in 2019 before the project got halted by the COVID-19 pandemic.

AceShowbiz - Susan Sarandon is still eager to get started on the next sequel in the "Bad Moms" franchise, insisting it's up to the writers to "get that script together" following the COVID-19 shutdown.

The actress signed on to star in the third film in the comedy series in 2019, but she and her castmates, Christine Baranski and Cheryl Hines, have yet to receive screenplays after the project was halted amid the global pandemic.

"I hope they get that script together," Sarandon told Us Weekly. "We had so much fun. Those ladies are just a blast and so fun to work with. So I hope so."

Titled "Bad Moms' Moms", the movie is expected to focus on the adventures of the franchise grandmothers, who were first introduced in 2017's "A Bad Moms Christmas".

"They were just kind of starting to figure it out and then COVID hit," Sarandon explained. "So, I don't even know. You are reminding me I should ask my agent what's going on with that!"

Sarandon, Baranski, and Hines played the respective mothers of Kathryn Hahn, Mila Kunis, and Kristen Bell's characters, who made their debuts in the 2016 original, "Bad Moms".

Back in 2017, Sarandon opened up about her involvement with the franchise at a press junket for "A Bad Moms Christmas". She said at the time, "I certainly didn't know about it until they approached me, and Kathryn Hahn wrote a very flattering 'kiss my ass' kind of letter, which I immediately fell for. And I'm a huge fan of hers. And I knew the guys knew what they were doing."

"And I am also just a fan of everyone else's work too. So It seemed like it would really be kick**s fun," she further explained. "Because when you get in a project where everybody is very professional, and especially all women that was pretty unusual, and that you know are good with this particular genre then it's really just fun. And I was looking to have a good time, really."

David Harbour Does Not Think British People Quite Understand His Goofiness 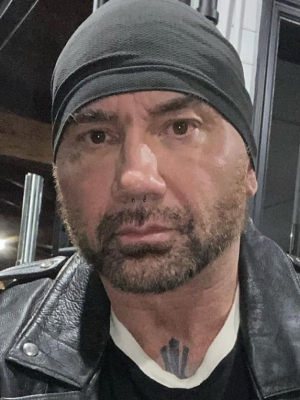