The former 'Nick Cannon Presents: Wild 'N Out' model appears to confirm that she is pregnant with the TV host's seventh child and their first together with her Father's Day tribute post.

AceShowbiz - Nick Cannon is having another baby on the way. The father of six is expecting his seventh child as Alyssa Scott seems to have confirmed that she is pregnant with her and the multi-hypenated star's first child together, just days after he welcomed twins with Abby De La Rosa.

Alyssa made the subtle announcement in her Father's Day tribute post to Nick. In a picture from her maternity photo shoot posted on Instagram Story on Sunday, June 20, "The Masked Singer" host joined forces with her to commemorate her pregnancy.

In the image, the 40-year-old comedian/rapper/actor appeared shirtless with his black pants on while sitting on a rock with Alyssa standing in front of him. He put his hands on her growing belly, which was dressed in a blue swimsuit. She wrote in the caption, "Celebrating you today," adding a heart emoji.

The speculation that Alyssa is pregnant with Nick's child first sparked in May, after the model posted her naked picture from her maternity photo shoot, along with the yet-to-be-born baby's supposed name, "ZEN S. CANNON." When one of her followers asked, "nick cannon the dad ?" she coyly responded with smiling face with hearts emojis.

Alyssa's post comes just days after Nick welcomed twin sons with his other ex-girlfriend, Abby De La Rosa. The DJ shared the news on Instagram with a video offering the first glimpse of her babies, his fifth and sixth children. In the clip, she held her bundles of joy while sitting on hospital bed.

Donning a white robe and animal-print head wrap, Abby rocked her little ones as they were sound asleep. She looked proud as she stared at them attentively with a smile on her face. Her baby boys, meanwhile, were wrapped in while-and-blue blankets.

In the caption, Abby unveiled the babies' name and the date of their arrival. "JUNE 14TH, 2021. Welcome to the world Zion Mixolydian Cannon & ZIllion Heir Cannon," she wrote, adding the hashtags "#Myworld" and "#twinboys."

The new mom has also posted a tribute to her baby daddy on Father's Day. Taking to her Instagram Story, she shared an image of Nick holding his newborn sons while wearing protective gear, including white scrubs and a face mask. Happy Fathers Day. "We are forever grateful for you," she captioned it. 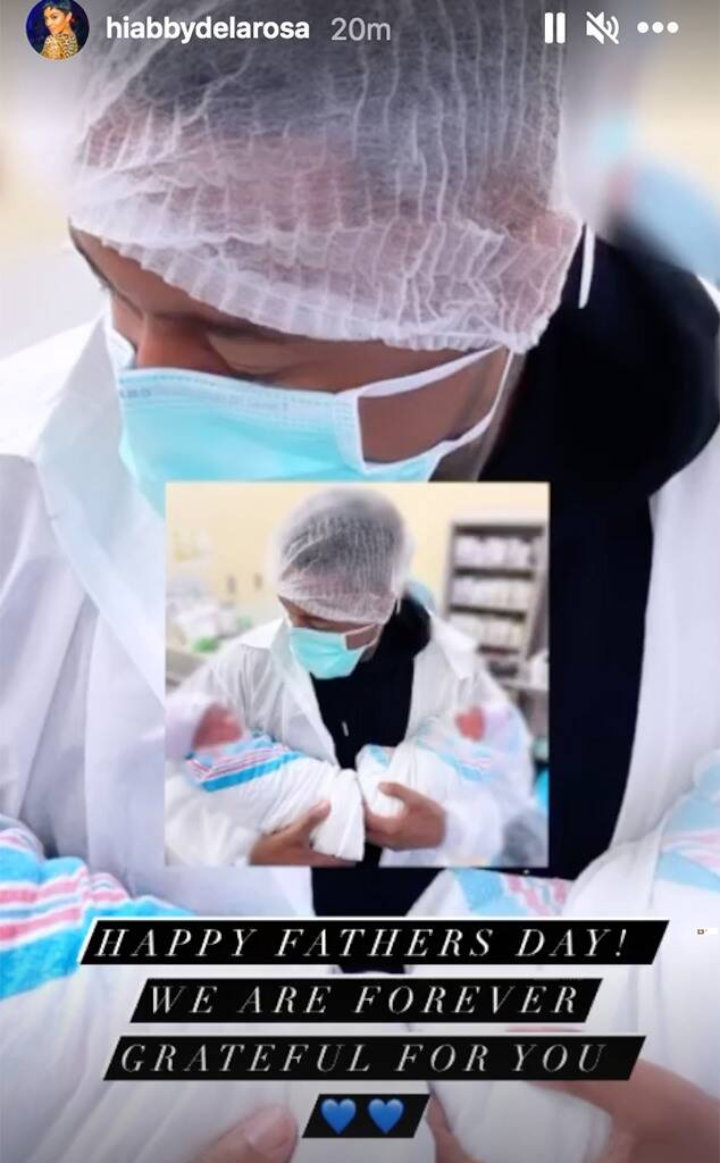