The 'Peyton Place' actor has passed away at the age of 87 in his house in Maine following a struggle with complications from pneumonia while he battled Alzheimer's disease.

The screen star passed away at his home in Maine on 27 May (21), due to complications from pneumonia. He had also been living with vascular Alzheimer's disease since 2013, his family told Variety.

Former army veteran Hogan is best known for his roles in TV shows "Peyton Place" and "The Wire", but also had parts in programmes such as "Hogan's Heroes", "The Donna Reed Show", "The Twilight Zone", "I Dream of Jeannie", "Laverne & Shirley", and "The Mary Tyler Moore Show".

Instead of flowers, the family requests donations be made to non-profit organisation DOROT in New York City or the Alzheimer's Association.

After an honourable discharge from military, Robert Hogan decided to launch an acting career following a test at the New York University where he studied engineering.

"After the first semester (at NYU), however, an astute professor suggested he take an aptitude test to determine if engineering was really the best fit for the gregarious young man," his family wrote in his obituary.

"The test results produced two words: The arts. As Bob would say, 'That's when I gave acting a try,' " the family continued.

He later went on to polish his skills as an actor at Manhattan's esteemed American Academy of Dramatic Arts. 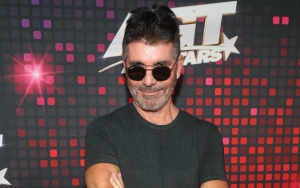