The tech genius' appearance on the U.S. Chamber of Commerce marks the 65-year-old's first public appearance since announcing his divorce from his wife Melinda Gates.

AceShowbiz - Bill Gates appeared to have yet to take his off wedding off despite announcing divorce from his wife Melinda Gates earlier this month. In a scheduled video conference for the U.S. Chamber of Commerce on May 19, the Microsoft founder was seen wearing the gold band on his finger.

Elmhurst Chamber shared on Twitter a screencap of Bill sporting the ring as he was seen lifting his left hand. Meanwhile, his appearance on the conference marks the 65-year-old's first public appearance since announcing the divorce news. 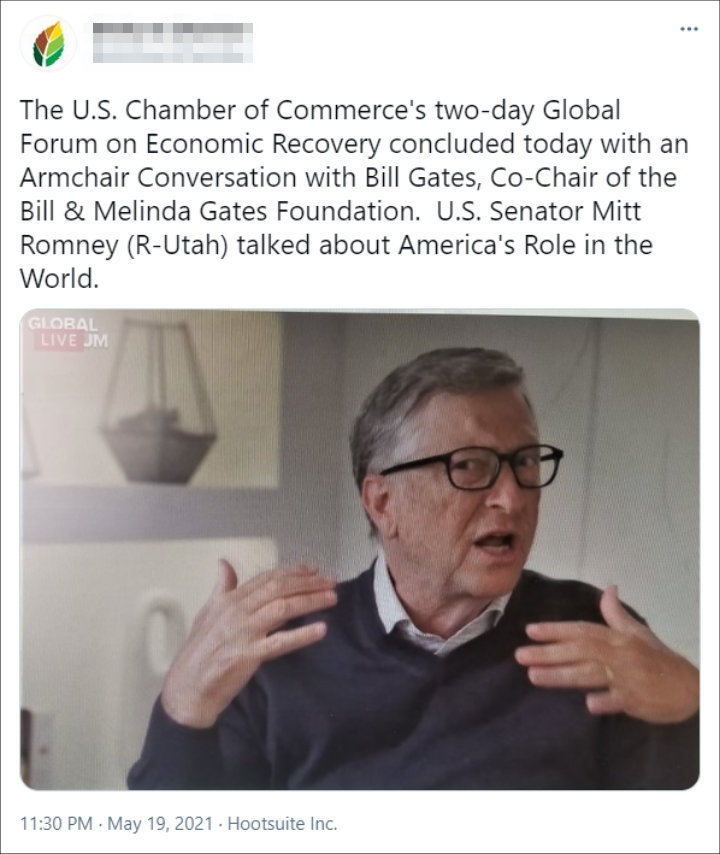 This arrives after Bill admitted to having an affair with an employee years before he and his now-estranged wife called it quits. The acknowledgement came after a woman, a Microsoft engineer, penned a letter to the company's board in 2019, claiming that she and Bill had a sexual relationship over the years.

In response to the claims, board members hired a law firm to conduct an investigation into the allegations. Some members decided it was no longer suitable for Bill to sit as a director at the software company he started and led for decades. However, the tech genius decided to step down from the board before the investigation was completed and before the full board could make a formal decision on the matter.

A spokeswoman for Bill also confirmed that the affair did happen. "There was an affair almost 20 years ago which ended amicably," she stated, but denied that his decision to resign had anything to do with the affair. She said his "decision to transition off the board was in no way related to this matter. In fact, he had expressed an interest in spending more time on his philanthropy starting several years earlier."

Bill and Melinda announced their decision to divorce on May 3 after 27 years of marriage. Words are Melinda hired divorce attorneys in 2019 after his ties to convicted pedophile Jeffrey Epstein were made public.

Does Bill Gates' Estranged Wife Melinda Want to Remove Him From Their Foundation?