AceShowbiz - Janet Jackson's futuristic outfit from the "Scream" music video she shot with her brother Michael Jackson has sold at auction for $125,000 (£88,600). The item was part of a three day Julien's Auctions event, titled "Iconic Treasures From the legendary Career and Life of Janet Jackson", which concluded on the superstar's 55th birthday, May 16.

Kim revealed she was the mystery buyer of the auction item via social media on Sunday, writing, "Happy birthday queen! For @janetjackson's bday bc I'm such a fan I can't believe I won this on juliens_auctions." Janet replied to Kim, adding, "Thank u so much @kimkardashian! I hope 'IF' gives u as much pleasure as it did me." 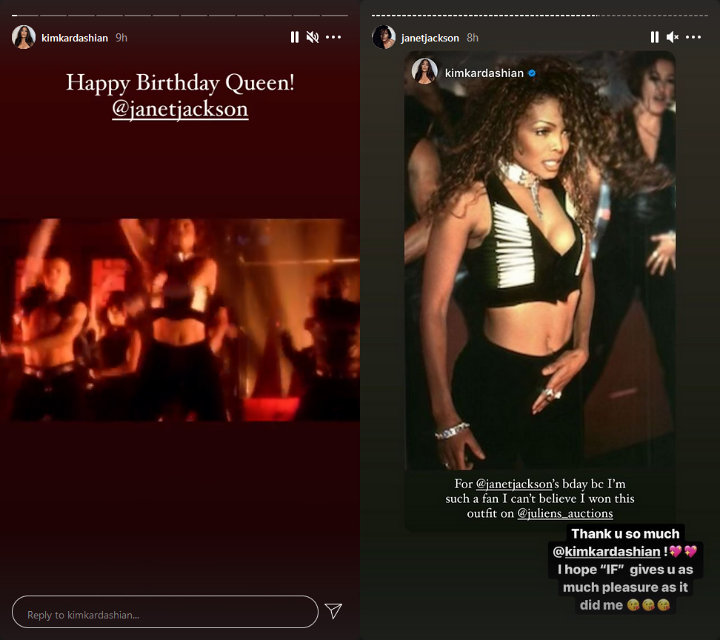 Kim Kardashian revealed she was the buyer of Janet Jackson's auction item.

Kim was not the only notable winner in the auction. "Hair Love" co-director Matthew A. Cherry revealed through a Twitter post on Sunday that he won Janet's Oscar jacket. When another Twitter user mentioned that his win "feels so full circle symbolically," he replied by simply tweeting, "I had to do it." 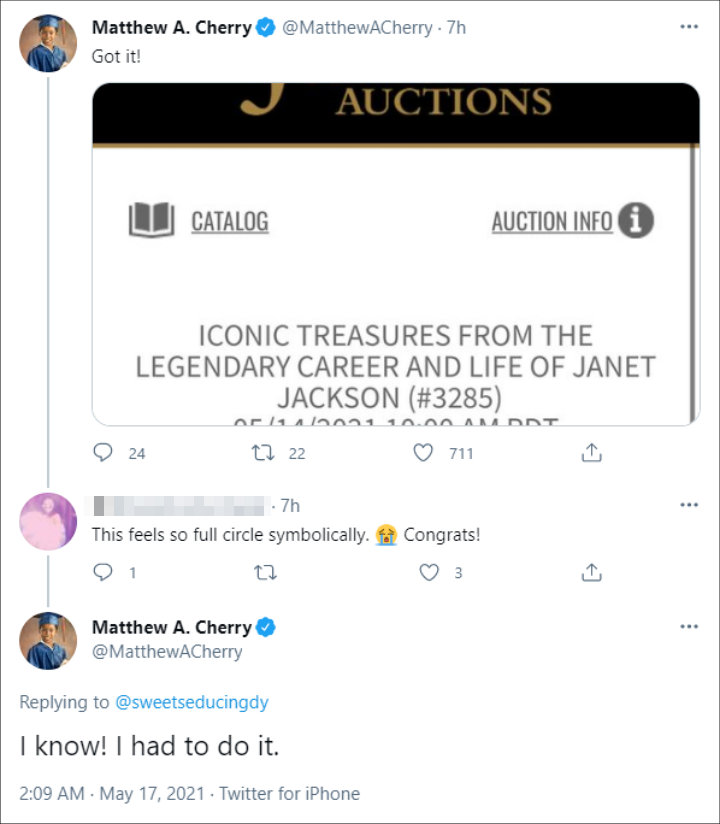 The items were among a thousand Jackson handed over to the auction house to sell. A portion of the proceeds from the auction will go towards Christian child sponsorship group Compassion International.