Ayesha Curry insists she's not a 'moron' after landing in hot water for reposting Israeli military's message that seemingly defends the attacks on Palestine.

AceShowbiz - Ayesha Curry came under fire over her posts about Middle East conflict between Israeli and Palestinian. Stephen Curry's wife was blasted for reposting Israeli military's message. Stamped with an Israel Defense Forces symbol, it explained the war as "terrorist organizations in Gaza have been attacking Israel with thousands of rockets." 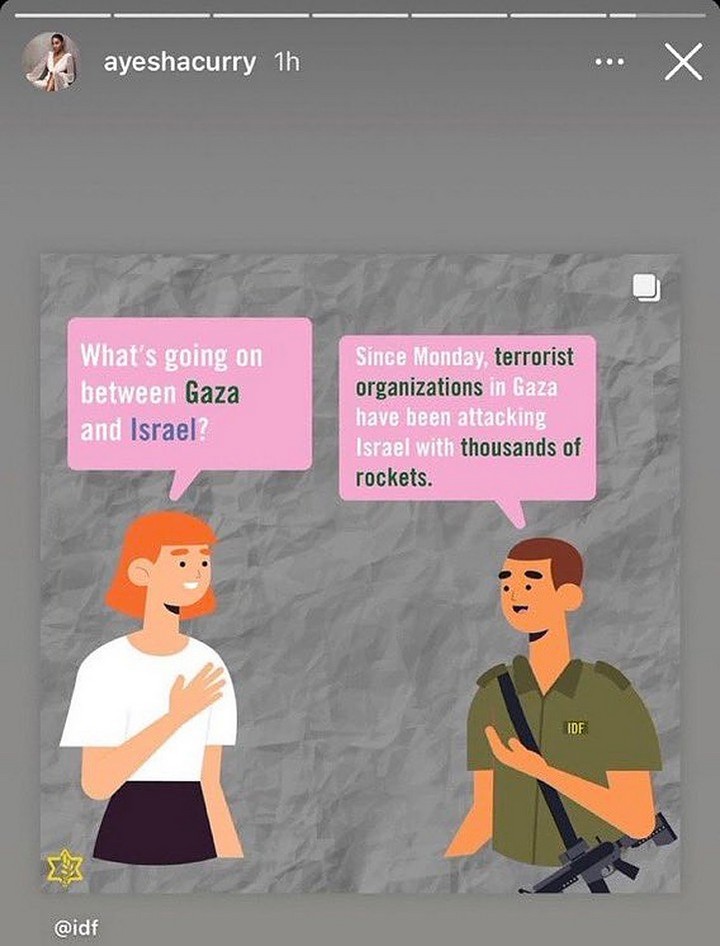 The cookbook author and TV personality also shared her own message on Instagram Story, "Praying for everyone's safety in both GAZA and Israel. Praying for peace."

People were quick to call her out with one writing, "Educate yourself before you speak. Israel is the TERRORIST. Saying pray for Israel is like saying 'all lives matter' FREE FREE PALESTINE." Ayesha responded, "It's the fact that me praying for innocent peoples safety on both sides offend you for me… humanity is in shambles." 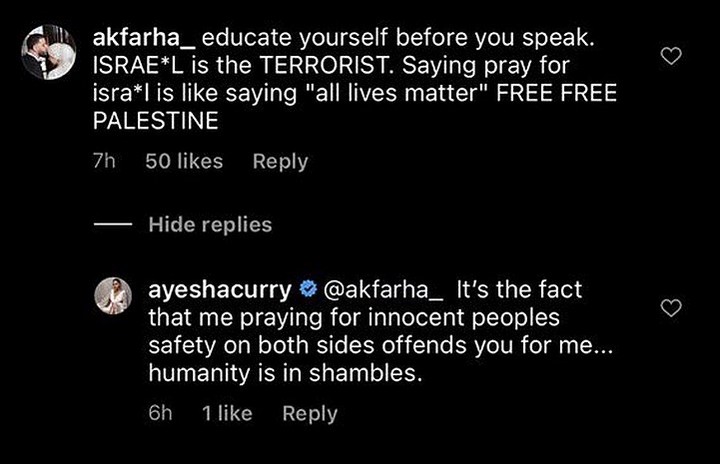 However, she was apologetic later. As she's called moron on Twitter, she admitted she was misinformed, and subsequently deleted her Instagram Story that seemed to defend Israel's attacks on Palestine.

"I'm not a moron," she tweeted in response to her critic. "Don't do that. I was misinformed by someone close to me which is why the post was removed as soon as I realized. It's unfortunate someone screenshot it and is circulating. I am now getting properly informed on the situation. Hopefully you have grace."

Now on her Instagram Story, there was a post pleading for donation as "urgent medicines needed in GAZA."

Dr. Anthony Fauci and Stephen Curry's Q and A Session Reminds It's Too Early to Talk About Normality