The 'Waitress' creator is celebrating her new live album with a special livestream concert while the Eddie Vedder-fronted band upload their live show footage on their official website.

AceShowbiz - Sara Bareilles will return to the Hollywood Bowl on Friday (07Apr21) night for an all-new livestream show.

The singer-songwriter released the live version of "She Used to Be Mine" from her upcoming live concert album "Amidst the Chaos - Live from the Hollywood Bowl" on Friday, and she's returning to the stage later in the day for a new concert.

According to a teaser, the show will feature an abbreviated set from the LP, due 21 May, and will include guest appearances from Renee Elise Goldsberry, Busy Philipps, and Paula Pell - Sara's castmates in the just-released Peacock series "Girls5eva".

Recorded live on 2 November, 2019, Sara's new LP features 21 songs performed live from the iconic Los Angeles venue, including three tracks from her Broadway musical "Waitress" and collaborations with Emily King and The Milk Carton Kids. Also featured are the star's massive hits, including "Brave", "Love Song", and "Gravity", plus an encore performance of her Grammy-winning track "Saint Honesty".

Tune into the free gig from 7 pm ET here: youtube.com.

Meanwhile, rockers Pearl Jam opened up their archives to fans by sharing recordings of 186 of the band's past concerts online.

The "Last Kiss" hitmakers, fronted by Eddie Vedder, launched live show hub DEEP on their official website on Friday (07May21), inviting fans to relive gigs from 2000 to 2013.

The shows feature a stunning 5,404 individual tracks, which are available to those signed up to their free Ten Club membership, and allow users to listen to specially curated playlists, or to set up their own. 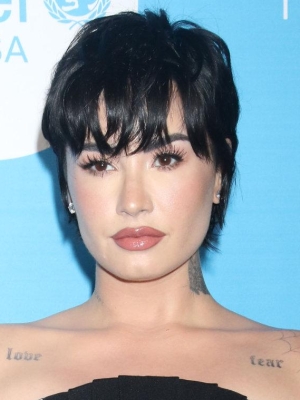