As part of Mental Health Awareness Month, the Fifth Harmony alum releases a new song called 'Temporary' while the 'Finally Famous' MC teams up with his mother for a video series.

AceShowbiz - Former Fifth Harmony star Lauren Jauregui has dropped a new track focused on mental health issues in an effort to encourage teens and their caregivers to open up about anxiety and depression.

Temporary has been released as part of The Ad Council's ongoing Sound It Out campaign, which was created to promote music as a tool for troubled U.S. middle school kids.

Lauren says she wrote the song after having a "deeply moving conversation" with a student named Anna.

"I'm so grateful to Ad Council and the Sound It Out project for having me be a part of such a necessary conversation," the singer explains. "I would say it's the time we're in but I feel as though my parents, my grandparents and great grandparents would've benefited greatly from these kind of conversations around mental health when they were kids.

"The stigmas are only ever going to go away if we talk about it and I'm grateful to have been able to express how I feel and to have had such an open, honest conversation with Anna and her mom about our experiences. I hope others feel as warm listening to it as we felt making it."

Similar to Lauren Jauregui, rapper Big Sean is also raising awareness of mental health issues. He and his mother have partnered for a new wellbeing video series.

The hitmaker and Myra Anderson will release a weekly episode offering tips on sleep patterns, meditation and diet on the rap star's Sean Anderson Foundation site and IGTV channel every Saturday in May, as part of Mental Health Awareness Month.

Announcing the news, Myra says, "Sean and I wanted to share some of the no or low-cost techniques that we have used over the years to help us attain and maintain emotional balance. In the future, we may do a deeper dive into some of these techniques and other tools that we use."

Sean adds, "I feel that Mental Health Awareness Month is the perfect time to talk with my mom about some of the things I have learned from her that have helped me along the way, and I hope will help others."

Diplo Launches Lawsuit Against Ex-Lover Due to Alleged Harassment

Lauren Jauregui Still Insists 'Politics Aren't Going to Save' the U.S. Despite Backlash 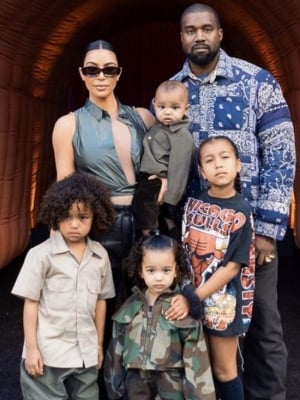 Johnny Depp Teams Up With Jeff Beck for New Album