When making public her separation from Simon Guobadia, 'The Real Housewives of Atlanta' star thanks those 'who have shown a great deal of love for our family.'

AceShowbiz - Falynn Guobadia is calling it quits with her husband. Having been married for two years, "The Real Housewives of Atlanta" star announced her decision to split from Simon Guobadia, insisting that it was not a resolution she took lightly.

The 31-year-old announced the shocking news via Instagram Story on Thursday, April 22. "After two years of marriage and 5 years of friendship, Simon and I have made the difficult decision to go our separate ways," she began her lengthy message.

"We are deeply thankful for the impact we have made in each other's lives, as well as the bonds formed with each other's children," she added. "This mutual decision was not made lightly, and despite our current willingness to be transparent, we only ask our friends and supporters to be respectful of our privacy as our family gets through this very difficult period."

The reality star concluded her statement by thanking "all of [her] supporters who have shown a great deal of love for our family." She then assured, "You all do not go unnoticed." 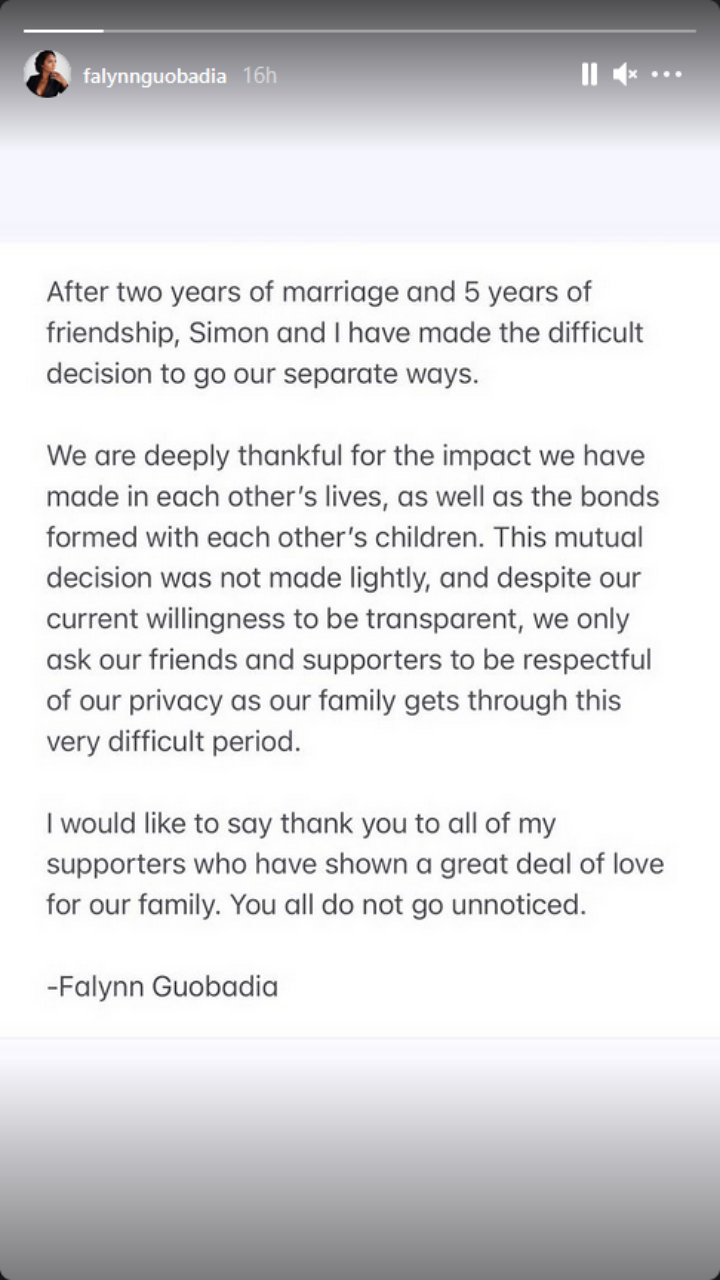 Also confirming the separation was Falynn's husband, Simon. Turning to his own Instagram page, he stated, "After a year and a half together, Falynn and I have made the mutual decision to end our marriage. Despite our willingness to be transparent, we respectfully ask for privacy at this time. Thank you."

Falynn and Simon sparked split rumors earlier this year after they seemingly unfollowed each other on Instagram. However, she shut down the speculation when speaking to The Jasmine Brand on March 31. "That rumor came from a miserable person," she argued at that time.