The season 23 star of 'The Bachelor' acknowledges he has 'a lot to learn' in his first social media post since coming forward with his sexual orientation.

AceShowbiz - Colton Underwood has reacted to an old clip of him and Billy Eichner that has now gone viral. After the latter shared a throwback video of "The Bachelor" in which he suggested the former to be the "first gay bachelor," the season 23 star of the dating show took to the comment section to offer his two cents.

Billy put out the footage on his Instagram page on Wednesday, April 14. He told Colton in the clip, "I'm gay. I know that's a shock, Colton. And that, I think, you should look into... Maybe you're the first gay Bachelor and we don't even know." In the caption, he raved, "Congrats @coltonunderwood! If you're gay, be gay! I've been gay forever and I love it!"

It did not take long for Colton to respond to Billy's post. He replied, "Love you. Love this (now) and now I love being gay." In response to "The Bachelorette" alum's statement, the former "Billy on the Street" star gushed, "I'm happy for you. See you at the club, Colton!" 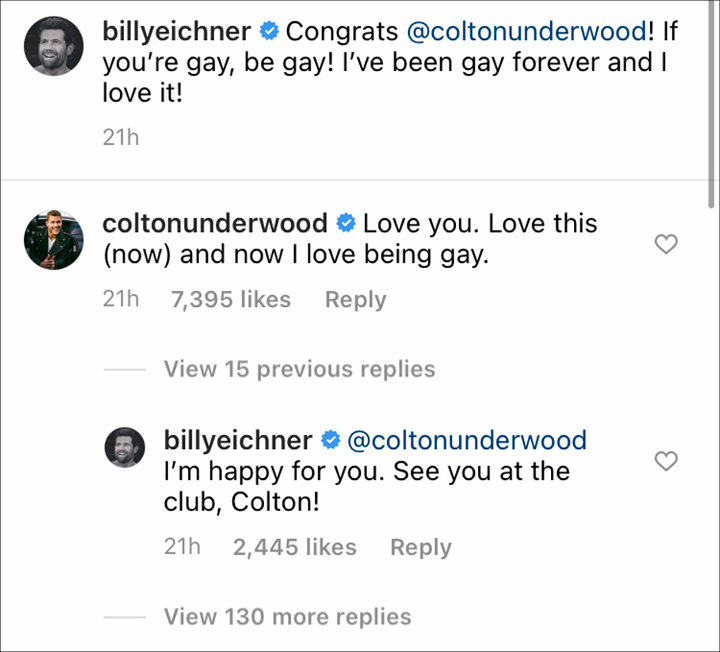 Colton Underwood and Billy Eichner had a friendly exchange in the wake of the former's coming out.

The friendly exchange came on the same day after Colton came out as gay. Before dropping the bombshell, he decided to clean his Instagram feed. However, he has since shared a new post on the photo-sharing site and captioned it, "i have a lot to learn, but i have come a long way. to the people in my corner, i love you. without you i wouldn't be here."

The ex-boyfriend of Cassie Randolph revealed his sexuality when speaking to Robin Roberts (II) on "Good Morning America". In the conversation titled "Colton Underwood: In His Own Words", he spilled that he "came to terms" with his sexuality earlier this year.

"I've ran from myself for a long time. I've hated myself for a long time, and I'm gay. I came to terms with that earlier this year and trying to process it," the 29-year-old reality star disclosed. "I'm emotional, but in such a good happy positive way. I'm happiest and healthiest I've ever been in my life."

Trisha Yearwood on How to Stay Alpha in Marriage With Garth Brooks: It Was Kind of Navigating 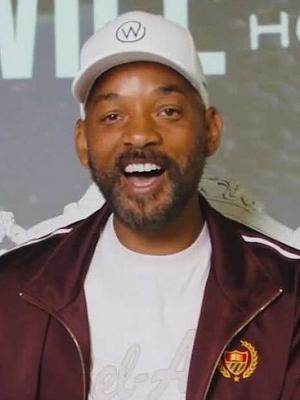