In a teaser for season 11 of 'The Real Housewives of Beverly Hills', Lisa's co-star Kyle Richards expresses her concern over the fact that Amelia is hanging out with Kourtney Kardashian's ex.

AceShowbiz - Lisa Rinna has some words to say about Amelia Hamlin's boyfriend, Scott Disick. Upon learning that her daughter has been seeing the "Keeping Up with the Kardashians" star, "The Real Housewives of Beverly Hills" regular admitted that he is "too damn old" for her 19-year-old kid.

In a teaser for "RHOBH" season 11 uploaded by Bravo on Monday, April 12, Lisa could be seen enjoying a drink with her castmates Kyle Richards, Sutton Stracke and Crystal Kung Minkoff. After Kyle declared, "He's too damn old and he's got three kids," the former was quick to exclaim, "I know!"

The trailer also included a short clip in which the 57-year-old TV personality FaceTimed her teen daughter. The footage saw the latter saying, "I'm going with my friend Scott."

The video came nearly a week after Lisa addressed Amelia and Scott's relationship on social media. Making use of Instagram Story on Tuesday, April 6, the mother of two shared a photo of the couple while vacationing in Miami. "Welp we both seem to share a love of bucket hats," she jokingly captioned it, referring to the 37-year-old's bucket hat in the snap.

The wife of Harry Hamlin went on to add another image in which she compared her look to the ex-boyfriend of Kourtney Kardashian. In her picture, she could be seen wearing a one-piece black bikini and a matching bucket hat.

Lisa's daughter has been linked to Scott since October 2020. In the following month, it was reported that the "Days of Our Lives" alum and her husband believed "this is just a phase." A source told E! News, "They were sad to see Amelia and Mercer Wiederhorn split because they loved Mercer. He was like family, but they understand."

However, it did not take long for Lina to finally accept Amelia's romance with Scott. An insider spilled to HollywoodLife.com in late November, "Amelia's a smart girl and they trust her to make appropriate decisions and if she's happy, they're happy."

Lena Dunham Draws Inspiration for 'Catherine, Called Birdy' From Drew Barrymore's 'Ever After' 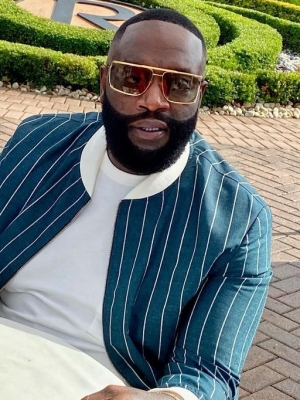