While some people question whether they are dating, one social media user claims that the electronic dance music DJ and the 'Maleficent' actress live in the same neighborhood.

AceShowbiz - Diplo has shocked fans with a possible new romance with Angelina Jolie. After he randomly shared the "Maleficent" actress' picture at a BBQ on social media, the electronic dance music star sent tongues wagging over it.

The 42-year-old put out the picture at question on his Instagram Story. While the DJ did not appear in the snap, the estranged wife of Brad Pitt could be seen smiling from across the table. 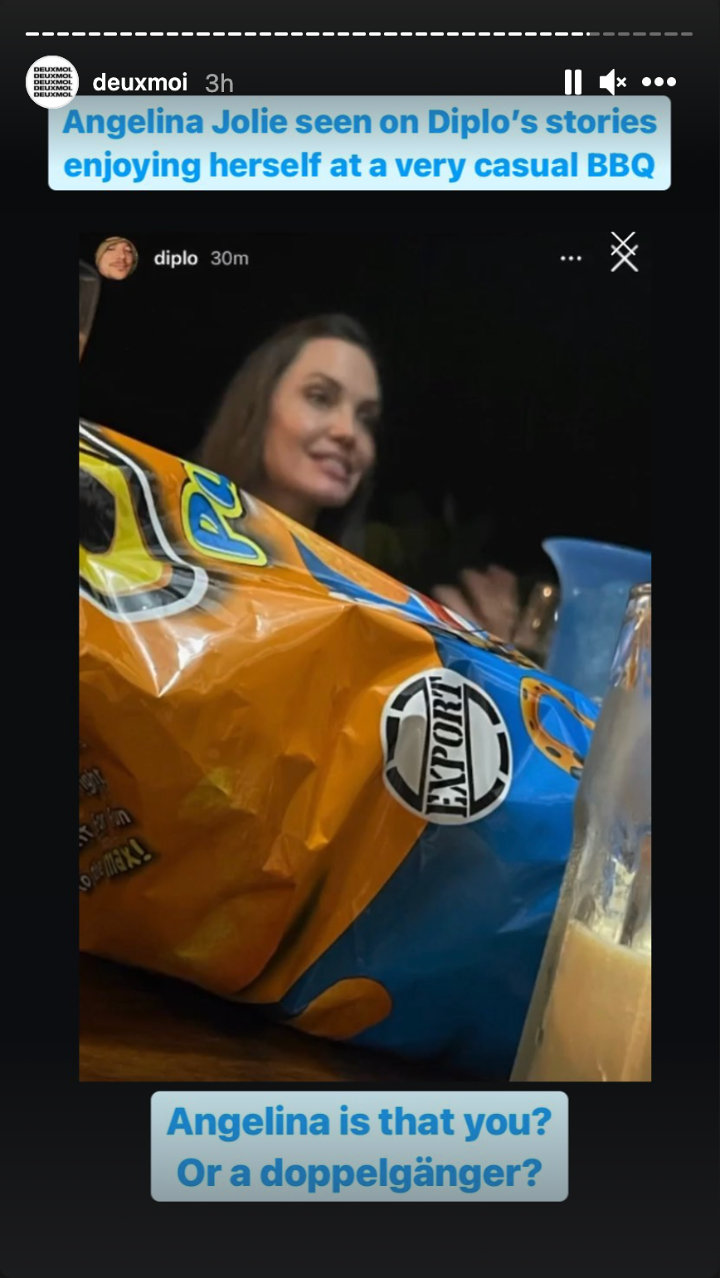 Diplo shared a picture of Angelina Jolie at a BBQ.

Diplo's post has since confused many on Twitter. One in particular wrote, "I just read a gossip item that Angelina Jolie could be dealing with Diplo and I am feeling many things right now." Another penned, "Angelina Jolie seen in the wild at Diplo's bonfire is a new sentence. A third said in disbelief, "Angelina Jolie and Diplo are you f**king kidding me."

Diplo's Story feed was then reshared by a private gossip Instagram page, Deux Moi. After the gossip account questioned whether it was indeed Angelina, one of its followers revealed, "They def live in the same hood. We have run into each other multiple times." 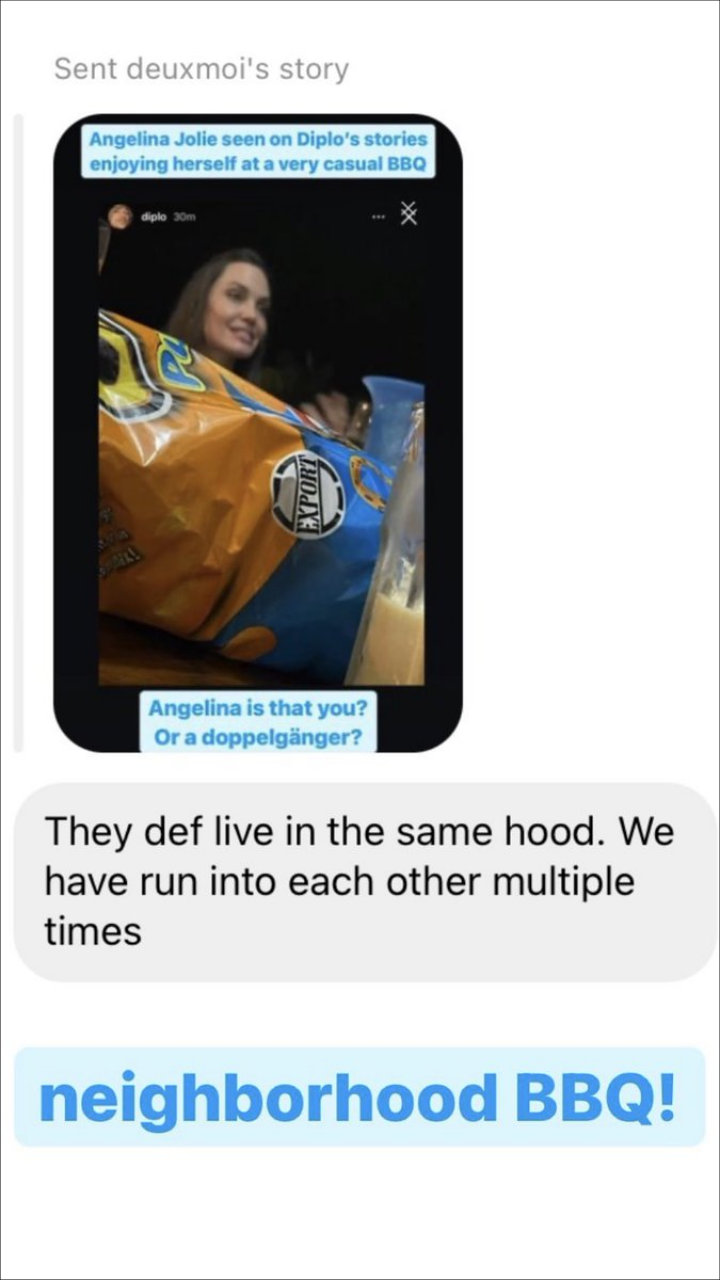 Diplo was said to have lived in the same neighborhood with Angelina Jolie.

While it was unclear whether Diplo is dating Angelina, back in October 2020, his alleged past romance with Beyonce Knowles was uncovered. At that time, his 2010 text message with a woman resurfaced on Gossip of the City.

In the leaked text messages, the musician, whose real name is Thomas Wesley Pentz, was accused by the woman of giving her STD. In response to the allegation, he testily replied, "I don't … Also I slept w beyonce too."

The ex-boyfriend of Katy Perry then threatened the accuser to get a restraining order against her. She then responded, "idk I'm gonna get these razor bumps tested and get back at ya." After telling her that he will get a new phone to cut her off, she answered, "Yeah I texted you because I got emotional after we had sex big deal."