The 'Avengers: Endgame' star, who is bonding with his fellow Australian actor during the making of 'Thor: Love and Thunder', is allegedly interested in co-producing a sequel to the Oscar-winning film.

AceShowbiz - Chris Hemsworth and Russell Crowe, who has reportedly landed a cameo role in "Thor: Love and Thunder", could be teaming up for another movie. Rumor has it that the two actors have be in talks about making "Gladiator 2".

According to New Idea, the 37-year-old hunk is trying to convince the Oscar-winning actor to let him co-produce the sequel. They have reportedly spent hours talking and exchanging script ideas for the unconfirmed project.

Interestingly, the site reports that it's actually Hemsworth's wife Elsa Pataky who initiated the talks about the "Gladiator" sequel. "She's often joked they could easily pass off as father and son - and Russell thinks he could be the only man to credibly play his son in a 'Gladiator' sequel," a source tells the site.

As for Hemsworth's personal relationship with Crowe, the site notes that their "binding romance" was on full display during the "Thor: Love and Thunder" cast's outing at a rugby game in Sydney, Australia in late March. At the time, they were joined by Hemsworth's wife as well as his co-stars Natalie Portman, Tessa Thompson, Jeff Goldblum as well as the movie's director Taika Waititi.

"Chris is in awe of Russell," the so-called insider close to the Byron Bay-based star additionally dishes. "He hangs off his every word and Russ has really taken him under his wing."

Crowe portrayed Roman general Maximus Decimus Meridius, who is betrayed when Commodus, the ambitious son of Emperor Marcus Aurelius, in 2000's "Gladiator". Reduced to slavery, Maximus becomes a gladiator and rises through the ranks of the arena to avenge the murders of his family and his emperor.

The role in the Ridley Scott-directed film earned Crowe an Academy Award for Best Actor, while the film was named Best Picture. It also bagged awards for Best Costume Design, Best Sound and Best Visual Effects at the 73rd annual Academy Awards.

In 2018, reports surfaced that Scott had "begun forward progress" on "Gladiator 2" with "The Town" and "Top Gun: Maverick" scribe Peter Craig. Asked about the potential sequel, star Connie Nelson told Collider last month, "I know that it's on the ledger, so let's just see when Ridley - I know he had to do one or two other movies, and then I think it's on the ledger after that, but I'm not quite sure where it's at right now."

While she's unsure about the film's status, the actress is eager to reprise her role as Lucilla, Maximus' former lover. "It would obviously be amazing, and I know that a lot of people want to see more of that. And I think that all of us are just gonna have to look at that as a separate, different film, you know?" she shared.

She went on explaining what's interesting about the film and how it will resonate with today's issues, "But with some of the emotions and values that made 'Gladiator' so powerful for so many people, which I really think were the underlying values that we were talking about. Tyranny versus freedom, and the willingness to do what needs to be done in order to free a people. And I don't think that it would have been the same if it had just been a spectacle. It had to exist within a sphere of values." 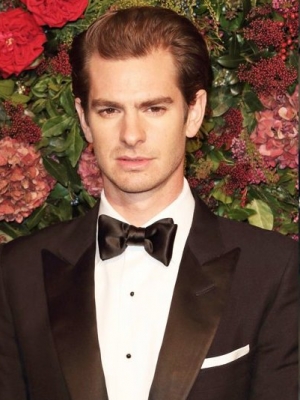