Meanwhile, Sam Asghari is unveiled as wanting to 'start a family' with the '...Baby One More Time' songstress since 'he's always dreamt of having children.'

AceShowbiz - Britney Spears and her boyfriend knew exactly how to have fun on his special day. When celebrating Sam Asghari's 27th birthday, the "...Baby One More Time" singer took to social media to share footage of them hilariously dancing to her hit song, "Toxic".

Making use of Instagram on Thursday, March 4, the 39-year-old pop star put out a clip of her wearing a bathrobe while dancing in the shower with the tune played in the background. She then rubbed her mouth on the glass door to the beat. She followed it up with another video showing her beau imitating what she did.

In the accompaniment of the post, the mother of two raved, "Happy birthday to the man that always makes me laugh !!!!! Who did it better ???? @samasghari." Meanwhile on her Instagram Story, she shared a snapshot of the personal trainer with a simple note that read, "Happy birthday baby." 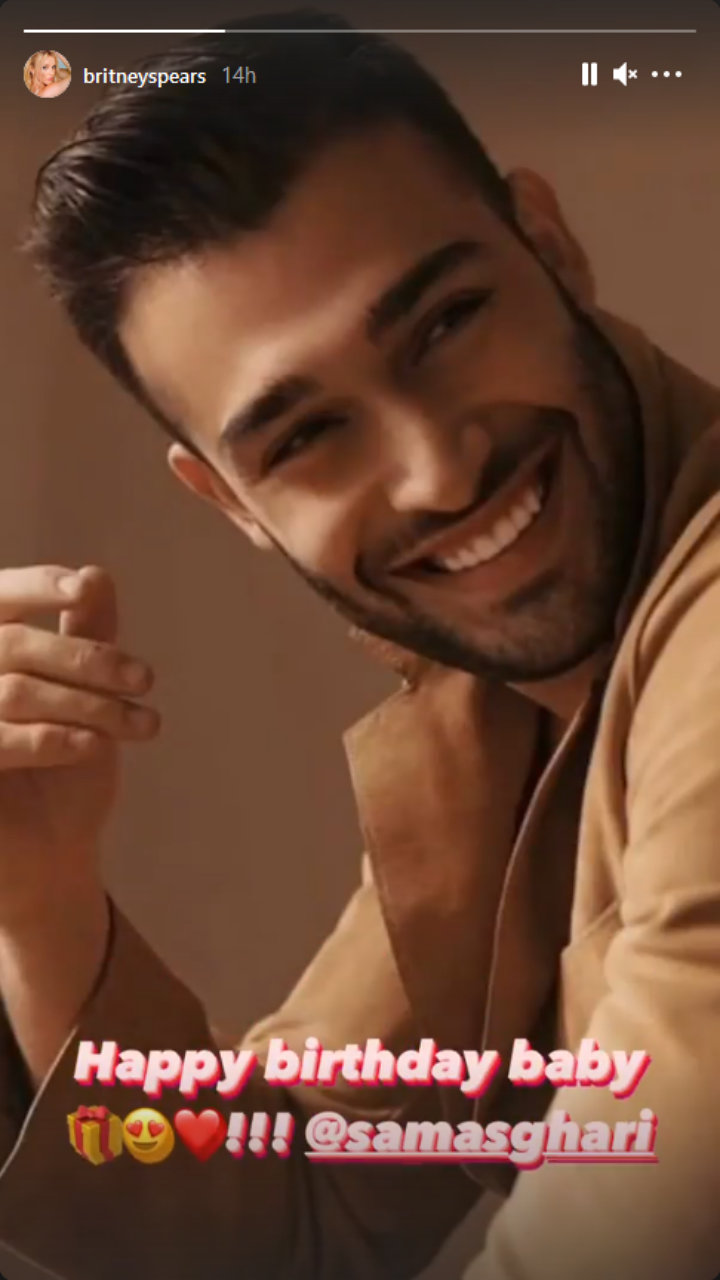 Britney's boyfriend, in the meantime, took to his own Instagram page in commemoration of his latest milestone. Posting a picture of himself, he noted, "I never understood why people wanted to celebrate getting older but with age comes wisdom! I know a lot of you think I'm 42 years old but today I turned 27. #grateful #not42."

Britney and Sam met on the set of her 2016 "Slumber Party" music video. They began dating later in the same year. "I found his number in my bag. I was like, 'He is really cute. This guy is really cute,' " she confessed in a January 2017 radio interview. "So then I called him."

Having been together with the pop star for around four years, Sam was reported to have thoughts about having kids with her. "[He] would love to start a family with Britney," a source told Us Weekly. "He's always dreamt of having children and thinks he would be a great father. He's a natural around little kids."

"Sam also sees marriage in his and Britney's future when the time is right and they are able to wed without the restraints of her conservatorship and with the blessing of her family," the source went on. "He's very old-fashioned in that way."

Britney Spears Encourages People to Get COVID-19 Vaccine: 'I Felt Nothing'