In a new social media post, the 'Porsches in the Rain' rapper puts 'brand builder' James McMillan on blast, accusing him of being responsible of the breakup.

AceShowbiz - YBN Almighty Jay is expressing his frustration following YBN Crew's decision to disband. In a new social media post, the rapper put "brand builder" James McMillan on blast, accusing him of being responsible for the breakup.

"This n***a James McMillan is a fraud. He sign n***8s to janky deals and f**k em over," wrote Jay in an Instagram post on Wednesday, March 3. "Nobody knows NOTHING about the s**t we go through on the daily basis being signed to this n***a cause we cover for this n***as a**. I'm done with this s**t."

He's not entirely done ranting though, as he took to Instagram Story to say, "Trademarking the YBN name behind n***s back. Assigned me a lawyer he used to be engaged to without telling me. SMH. took advantage of some kids bro."

Jay's posts arrive weeks after former group leader YBN Nahmir spoke up about the breakup, claiming that the older generation of music executives took advantage of them instead of offering guidance. "The old n****s in the background, you gotta remember, it's always somebody that'll come around and fill your head up and f**k it over," he told host Adam22 on "No Jumper" back in February.

"That's what happened. It'll be old people or somebody else that'll tell you you better than them, they don't give a f**k about you, all that s**t. And that filled up all our heads. Not just me, not just Jay, not [YBN Cordae], but other YBN members, too," he added.

The YBN Crew broke up after the group's most popular member, Cordae, decided to move on independently by dropping YBN from his moniker back in August 2020. Later, Nahmir and Almighty Jay also both admitted that the three rappers haven't been as close as they used to be.

Despite that, Nahmir insisted that there's no bad blood among the trio. "It's always going to be something with a group. It be hella s**t in the background, but at the end of the day we're all brothers," he revealed. 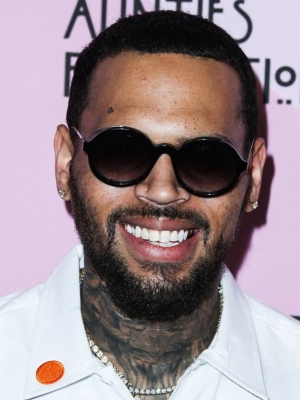