Aside from Kim, Kourtney and Khloe, the 'Keeping Up with the Kardashians' star receives congratulations from brother Rob and father Caitlyn Jenner for her venture into the liquor world.

AceShowbiz - Kendall Jenner has gained full support from her sisters in her new venture into the liquor world. Having announced the launch of her own brand of tequila, the "Keeping Up with the Kardashians" star received sweet congratulations from Kim Kardashian, Kourtney Kardashian and Khloe Kardashian.

The 25-year-old beauty made public her 818 Tequila brand via Instagram on Tuesday, February 16. Posting clips of the launch celebrations and photos of the products, she wrote, "for almost 4 years i've been on a journey to create the best tasting tequila. after dozens of blind taste tests, trips to our distillery, entering into world tasting competitions anonymously and WINNING."

"3.5 years later i think we've done it," the supermodel went on to gush. "this is all we've been drinking for the last year and i can't wait for everyone else to get their hands on this to enjoy it as much as we do! @drink818 coming soon."

A few hours after Kendall shared the news, her sister Kim took to her Instagram Story to promote the tequila. Sharing a picture of the liquor, she raved, "Ok you guys know I don't drink but this has me drinking LOL. It's the smoothest tequila I've ever had!!!! Congrts @kendaljenner I knoww how hard you have secretly been working on this!!! @drink818."

Following Kim's footsteps were Khloe and Kourtney. "Congratulations my tequila queen! No one does a quite like you! @drink818 @kendalljenner," Khloe exclaimed on her Story feed. Kourtney, in the meantime, penned on her own Story, "but don't forget to drink your tequila @drink818. proud sister, "@kendaljenner." 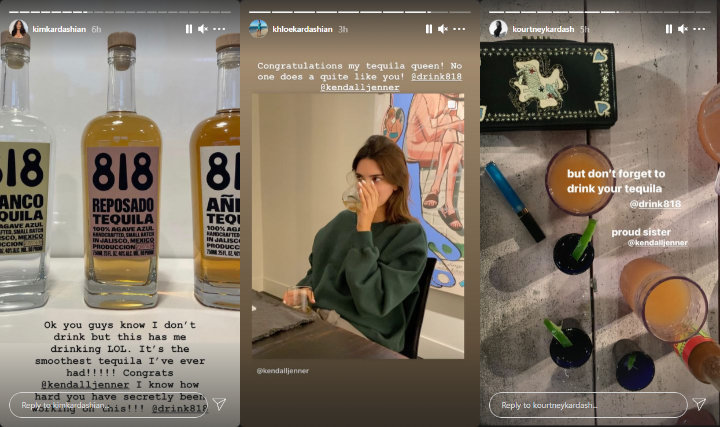 Kim, Khloe and Kourtney Kardashian congratulated Kendall Jenner for launching her own brand of tequila. 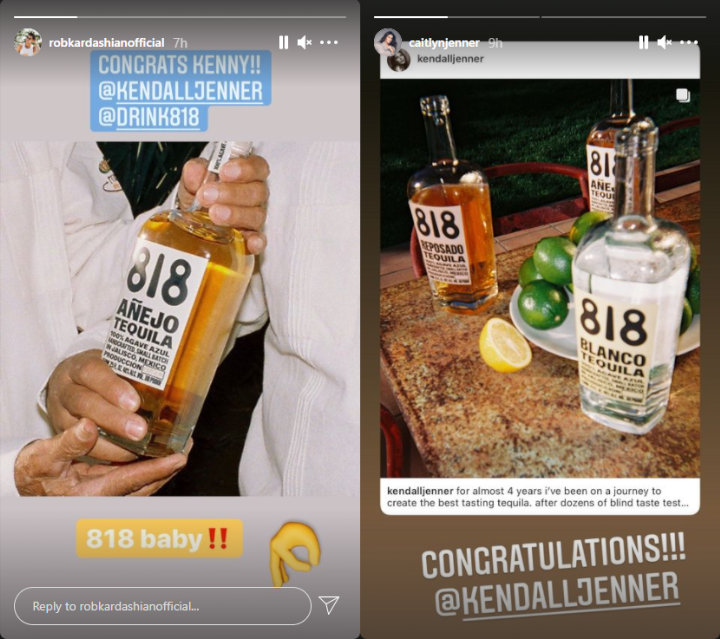 Kendall's younger sister, Kylie Jenner, voiced her support in the comment section of her post. "KENDALL!!!!! yes!!! i've seen all the hard work and LOVE you've put into 818!!! and u did it .. the best tequila !!! proud of u," she gushed. Their mother Kris Jenner chimed in with her own post, "Kenny! I am so so proud of you and the years of work and love you've put in to @drink818!! So excited for this!!!"

Blac Chyna on Her Mom Saying She's Not Proud of Her: 'I Can't Change Nobody'

Kendall Jenner Exposes Kris Jenner for Pressuring Her to Have Kids