Writer Evan Ross Katz and the 'View' co-host call for a cancellation on 'The Real Housewives of Orange County', while the latter is asking Andy to reboot one other show.

AceShowbiz - "Real Housewives" franchise may be one of hit TV franchises but not everyone is a fan of it. Among those who seemingly aren't enjoying of the Bravo reality shows were TV host Meghan McCain and writer Evan Ross Katz.

Andy Cohen, the executive producer of the franchise, quickly caught wind of the conversation. "I think you mean reBOOT," so he told them. To that, Meghan responded, "I have thoughts…. also since I have both of your attention and currently live in the beltway – please Reboot DC housewives PLEASE."

Andy didn't directly answer to Meghan's request about rebooting "The Real Housewives of D.C.", but he did say that he "loved RHDC." 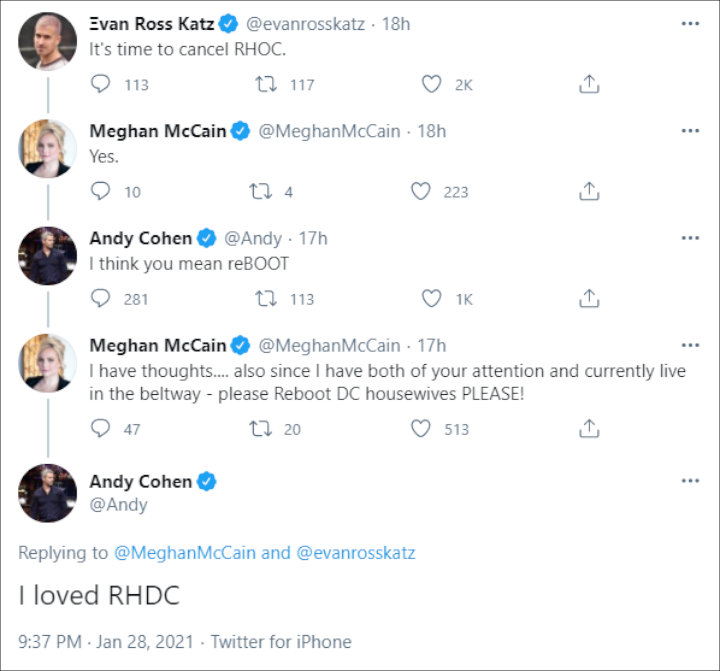 Back in 2020, Braunwyn clapped back at Kelly for saying that she was exaggerating her alcoholism issues. "I've learned through others that when people have a hard time with me being sober it's more about their own issue. Were people in my life telling me to 'clean up my act,' " she wrote via Instagram at the time.

"Hell ya, I was black out drinking most days….did I get sober for the show? Maybe, I knew we were filming soon and I was scared to have what happened the year before (I don't remember some scenes.) Is there a doubt in anyone's mind who knows me I'm an alcoholic? No. It's low, but she's pretty vile and cruel so it’s not unexpected," she continued saying. 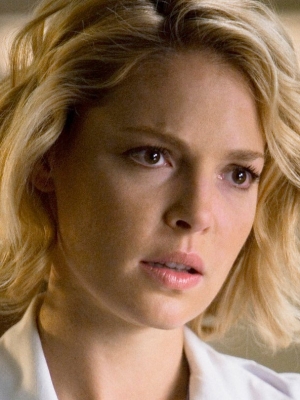