The 'Captain Fantastic' actor says his sexuality is 'none of your business' when he's asked about the controversy about straight actors playing gay roles onscreen.

AceShowbiz - Viggo Mortensen has defended playing a gay man in his new film "Falling", insisting it's "none of your business" whether or not he's "completely straight."

The 62-year-old stars as John in the movie, who invites his conservative, dementia-suffering father to live with him and his husband, played by Terry Chen.

In an interview with The Times about his role in the film, Mortensen was asked about the recent controversy surrounding straight actors taking on gay roles, and he replied, "Look, these are the times we're living in, and I think it's healthy that those issues are brought up. The short answer is that I didn't think it was a problem. And people then ask me, 'Well what about Terry Chen, who plays my husband in the film, is he a homosexual?' "

"And the answer is I don't know, and I would never have the temerity to ask someone if they were, during the casting process. And how do you know what my life is? You're assuming that I'm completely straight. Maybe I am, maybe I'm not. And it's frankly none of your business."

He concluded, "I want my movie to work, and I want the character of John to be effective. So if I didn't think it was a good idea, I wouldn't do it."

"Falling" is due for release in cinemas on Friday (04Dec20).

The movie was based on the actor's own experience of caring for his parents who battled dementia. He hoped to change how people see dementia sufferers. "Even in the best movies about dementia we're looking at someone who's confused," he said. "And in my experience those who are confused are the observers." 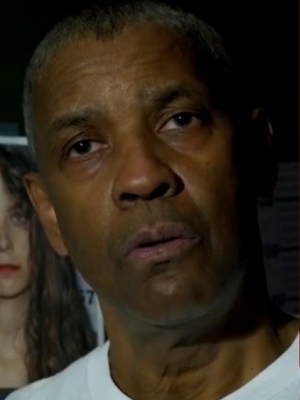