Michael Moore Rules Out Making Donald Trump Documentary: No One Wants to See It

The Oscar-winning documentarian rules out making a documentary about the MAGA leader because he believes no one wants to relive the past four years of Trump's presidency.

The filmmaker appeared on "The Late Show With Stephen Colbert" on Thursday (12Nov20) night and celebrated the election results, as he discussed his letter to President-Elect Joe Biden.

"He's a man of faith and that is going to serve us very well," Moore explained, adding he's feeling "really good" about Joe Biden being declared the president-elect over Trump.

He went on to share his belief that the country is "on guard" given "Trump is once again not dealing with reality" as the businessman refuses to accept defeat.

"I never take anything for granted when it comes to him," Moore said, adding that it's conspicuous everyone is "justifiably nervous about getting through these next 69 days."

Moore may not be a stranger to taking on politics in his documentaries, but he's adamant a Trump-centred film isn't on his agenda, insisting, "I would not make that film in part because who would want to watch a film that showed you the last four years?"

"The worst thing I could do to people is show them the last four years," he quipped, affirming that the beginning of a four year term for Biden and Vice President Kamala Harris has symbolised a "positive sign" for the nation.

"We are going to be in the polar opposite era than the four years that we just went through," he smiled.

Report: Trump Admits He Bears 'Some Responsibility' for Capitol Riot 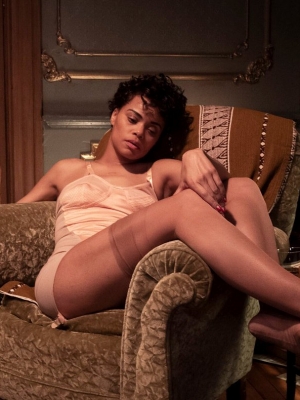